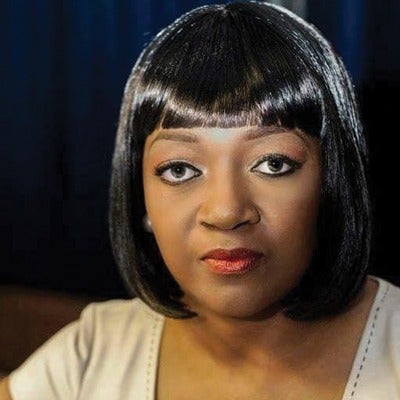 The Government of Zimbabwe (GoZ) is anxious for international respectability. As a country in a post-election environment, with rich resources and at the centre of southern Africa, Zimbabwe finds herself with an opportunity to reform

Yet, despite its excellent international goodwill 18 months ago and geopolitical value, the country has yet to establish modern legislation to keep citizens safe and increase meaningful ties with countries where security benefits could be enjoyed.

The Maintenance of Peace and Order (MOPA) Bill — legislation with multiple and far-reaching implications — would still grant the security sector sweeping powers in the name of upholding peace and stability.

On May 23, top-ranking United States law enforcement officials speaking from Washington DC, including Heather Merritt, deputy assistant secretary of State for the Bureau of International Narcotics and Law Enforcement Affairs (INL), talked about security gaps that hamper progress in some African countries that the US wishes to increase bilateral ties with.

INL counters international crime, illegal drugs and instability, and does this by helping countries deliver justice through strengthening their police, court systems and prosecutors.

Through diplomatic engagement and on based on foreign assistance programmes, INL encourages reform, promotes effective governance, helps improve the rule of law and develops accountable institutions — only one important elements of INL’s overall US relations with Africa.

Merritt explained that many weak and fragile States still lack the ability to address criminal threats, adding:“We recognise that crime increasingly knows no boundaries and that
unfortunately, drugs that are transiting Mombasa, including Johannesburg, Harare, Kinshasa and Luanda are not only a threat to the people of your countries, they are also a threat to the security and stability of the US.”

Over and above tough policing, Zimbabwe’s military plays a consequential role in civilian affairs. Without improved bilateral relations with a country such as the US, no commitments
to aid the Zimbabwe Defence Forces can be entered.

On May 29, speaking from Stuttgart, the US Africa Command (Africom) deputy to the commander for civil-military engagement, ambassador Alexander M Laskaris, assured that Africom aims “to be a good partner, to be the best possible partner at a military-to-military level”.

Africom has had beneficial ties with Angola, Kenya, Rwanda, South Africa, Uganda, Somalia and many others, except for Zimbabwe.

What’s problematic?
Zimbabwe’s civilian population runs away from its military. The State is afraid of protesters, and protesters fear the State. Meanwhile, the country is suffering a burgeoning
internal drug crisis, illicit financial flows, poaching and wildlife trafficking to illicit markets on the continent and Asia is ripe for smugglers that Zimbabwe’s under-resourced
law enforcing authorities battle to defeat.

Economic, security and political spaces are closing in parts of Africa, including Zimbabwe, but that can change; improving the economy, closing security gaps and strengthening weak government institutions would go a long way to solving corruption, crime and human rights issues.

The country faces no external threat, yet it is reportedly stock-piling arms to subdue picketers. For a country with mass poverty, mass cash crisis, mass arrests, mass detentions, it
has no demonstrable efforts to fight a mass illegal drug crisis, mass crime, mass corruption, and mass poaching and wildlife trafficking. That’s not to make any mention of the spike in
armed robberies and break-ins facing a police force without vehicles or resources.

Security gaps exist that put the brakes on progress. Is the country under martial law and is the regime in charge in need of survival? Its future direction needs interrogating.

“Obviously, the military-to-military relations between the US and Zimbabwe are derivative of the political relations,” Laskaris has clarified. He said: “As a military and Department
of Defence, we’re subordinate to our civilian leadership and so our relations with our Zimbabwean military counterparts really are on hold, pending political discussions of the nature of the future of the bilateral relationship.”

Confirming in terms of budget, he said the US Department of Defence are a minority: “The largest single line item in the US budget in Africa is humanitarian assistance.

The second is public health assistance and the third is our contribution to international peacekeeping.” Two of these are very active and intense in Zimbabwe.
Elsewhere in Africa

In the Democratic Republic of Congo, President Tshisekedi’s “government issued a comprehensive plan to reform its national police. And to support this important goal, INL is working to improve and expand Congolese civilian law enforcement capabilities and to professionalise police procedures and organisations,” confirmed Merritt.

In Kenya, since the governments of the US and Kenya have re-affirmed the importance of their bilateral relationship under the security and democracy pillar, INL has been committed to “support two of Kenya’s priorities – building a modern and professional police service and increasing the fight against corruption.” INL is providing this through technical and
operational assistance to the internal affairs unit of the National Police Service, the independent policing oversight authority and the National Police Service Commission and other programming.

Having INL as a partner, through improved ties with the US, would mean a government receiving help to develop the justice sector’s capacity, deliver citizen security and maintain the rule of law; elements needed to prevent and address non-State criminal threats.

At any rate, a government with unfettered authority to restrict civic movement, a police force enforcing laws through broad powers to muzzle demonstrations, and a military that silences
dissent with live bullets are all distinct indicators of an undeclared state of siege — martial rule.

There remains an urgent concern that the Mnangagwa government is saturated by the issue of security. Yet, the more the government pursues security, they’d have you suppose that the more individual freedoms they claim to secure are subverted.

It’s crucial to interrogate the complex dynamics between order, peace, security, and freedom in Zimbabwe; who gets what, where, when and how when security authorities formulate policies for criminal, economic and political orders in negation of growing international ties that could benefit security within the country.

How then can it be said that emergency powers have not been derived from undeclared martial rule in a government-led process that has progressively militarised social and political
associations — from recent arrests, it could be said that the country is in a constant state of emergency.

If only the US-Zimbabwe relations were improved. Instead, the Zimbabwe Defence Forces have been camped out in rural areas such as Mt Darwin and Rushinga and haven’t moved back to the
barracks.

Nationally, the country’s leaders need to re-think their security priorities and get the justice system working well.
Meaningful security reform

On the bright side, repealing the long overdue Public Order and Security Act (POSA) is underway and since June 3, the Parliamentary Portfolio Committee on Defence, Home Affairs and
Security Services were conducting, jointly with the thematic committee on Peace and Security, public hearings.

The Maintenance of Peace and Order Bill gazetted, and expected to be swiftly pushed through Parliament, is just the same as being an undeclared martial rule.

Newer Post
An economy cannot be managed by propaganda
Older Post
Zim to be food insecure by September: USAid