Zim to be food insecure by September: USAid 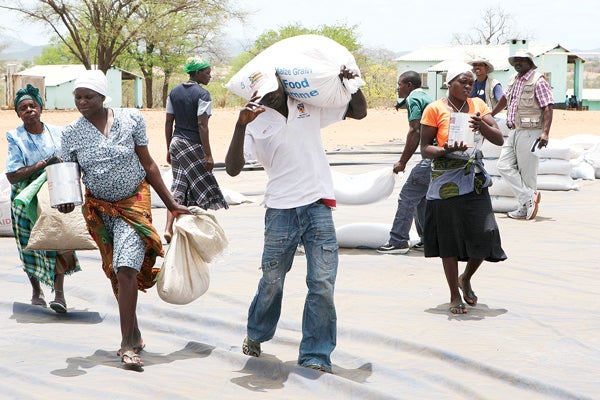 MOST of the country’s districts will be food insecure by September due to a poor 2018/19 harvests and “escalating” macroeconomic hardships, a food security report by the United States Agency for International Development (USAid) has revealed.

“Most poor households across the country have below-average incomes from crop and livestock sales as a result of the poor performance of the 2018/19 rainy season and macroeconomic challenges. Limited water availability and access, especially in semi-arid parts of the country, is impacting self-employment activities such as brick-moulding, construction, and gold panning. Increasing macro-economic hardships will continue to affect casual labour, remittances, petty trade, and other livelihood and coping activities, thus decreasing household purchasing power,” reads the report.

“Following the government’s removal of fuel subsidies on May 20, fuel prices increased by nearly 50%. Transport fares rose by up to 100% for some routes as fuel shortages continue. Immediately following the fuel price increases, the currency devalued by 33% on the official interbank market while parallel market exchange rates devalued even further. This triggered
further food and non-food commodity price increases.”

The report noted that the Ministry of Agriculture’s second round crop production estimates indicate the 2018/19 maize production is about 776 600 metric tonnes, 59% of the five-year
average while hectarage was down 9% while production reduced by 20%.

“Maize prices continue to atypically increase in most markets for this time of year due to the poor harvest and deteriorating economic environment. Poor households, most of whom did
not have a harvest and/or exhausted own-produced foods already, will increasingly face difficulties accessing market foods.”