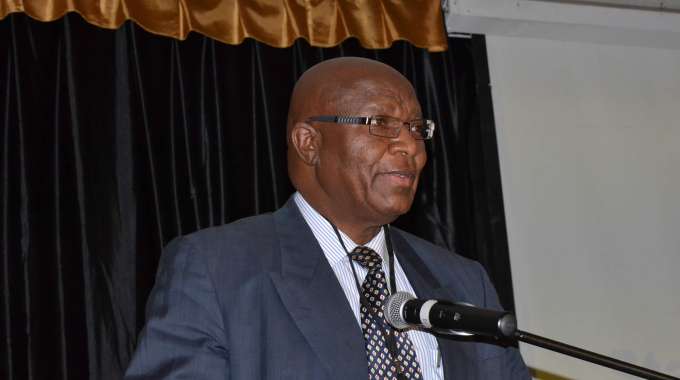 Paidamoyo Chipunza Senior Health Reporter
Unemployed qualified nurses yesterday thronged central hospitals seeking admission into the public health sector after the Health Services Board invited applications on Wednesday. Government on Tuesday fired all striking nurses after they refused to return to work despite the employer having availed $17 million towards meeting their demands.

The crowd dispersed as the day progressed. Nurses who were on leave or those who had taken days off, also reported for duty yesterday. It was not clear if any of the fired nurses also submitted applications following calls by Health and Child Care Minister Dr David Parirenyatwa for them to reapply.

Hospitals were turning away some patients. Nurses are the first port of call for patients care before they are seen by doctors or referred for any other specialist services. HSB chairperson Dr Lovemore Mbengeranwa said they were still compiling statistics on the numbers of nurses who had applied.

“I am yet to get a consolidated report of the number of people who have applied. “That information is compiled by the accounting officer (Permanent secretary) before it is forwarded to us,” said Dr Mbengeranwa. He referred The Herald to acting secretary Dr Sydney Makarau.

Efforts to get comments from Dr Makarau were fruitless. Efforts to get a comment from Dr Parirenyatwa were also fruitless as he was not answering his mobile phone. Indications were that officials were locked in marathon meetings for the greater part of the day.

Meanwhile, legal experts who spoke to The Herald on condition of anonymity said the nurses contravened sections of the Labour Act by embarking on a strike when they are considered an “essential service”.

Statutory Instrument 137 of 2003, Labour (Declaration of essential services) notice made under the then Labour Relations Act, in terms of Section 102 (b) by the Minister of Public Service, Labour and Social Welfare, bars health practitioners from going on strike.

Section 2 of the Statutory Instrument lists among other health professionals, doctors and nurses.

An essential service in the current Labour Act (Chapter 28:01) is defined in Section 102 as any service the interruption of which endangers immediately the life, personal safety or health of the whole or any part of the public and that which is declared by notice in the Gazette made by the Minister after consultations with the appropriate advisory council.

Nurses downed tools on Monday demanding a review of their conditions of service. Government then released $17 million to the Ministry of Health to meet some of the nurses’ demands and appealed for them to return to work. Some of the nurses rejected the appeal, resulting in their expulsion from public service.