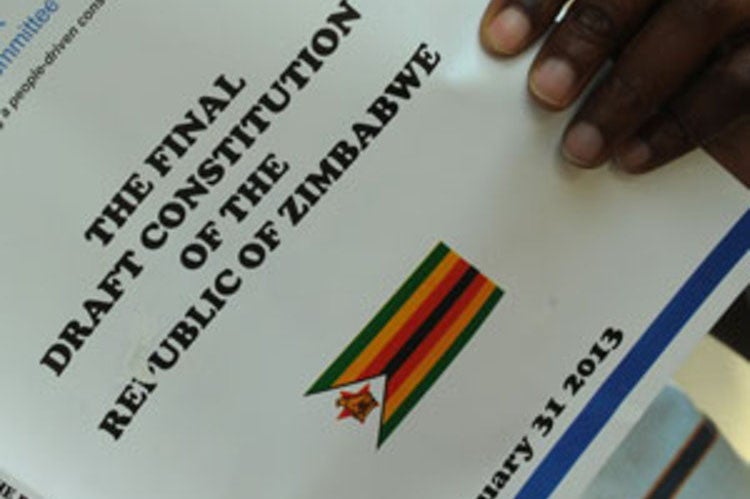 The Zimbabwe Independent Complaints Commission Bill (ZICC) is an activation of the Constitutional provision which states in Section 210 that:

“An Act of Parliament must provide an effective and independent mechanism for receiving and investigating complaints from members of the public about misconduct on the part of members of the security services, and for remedying any harm caused by such misconduct.”

The inclusion of section 210 in the Constitution came as a result of human right violations perpetrated by members of the security services which were being swept under the carpet. Members of the public had been filing reports with the relevant security sector or with the police but to no avail. The Constitution drafters then saw it prudent that an independent complaints mechanism be set up to deal with misconducts of the security services personnel. Notwithstanding the fact that the Constitution had given the impetus to such a noble mechanism, the government of Zimbabwe was dragging its feet to operationalize section 210 for the reason best known to them. It took a court order for them to comply but way after the compliance date.

Contents of the Bill

If one looks at section 210 of the constitution there are operative words or phrases which should be taken note of in operationalizing that section.

The Key Question to be asked is, does the Bill ensure that all the operative words or phrases have been given effect to?

It is a welcome move that at last, even though it had to be pushed, the government of Zimbabwe has gazetted the Bill. However, if the Bill has to be a good Bill and ultimately a good law it should give effect to both the spirit and letter of section 210 of the constitution. The Bill has a lot of shortcomings which if not remedied, the ZICC will become a white elephant.

There are some major sticking points in the Bill which includes but are not limited to:

Functions of The Commission

Sec 29, The Commission is not self-regulatory; it is the President or the minister who crafts regulations for the commission. It is not even clear if the crafting of regulations is done with the involvement of the Commission or not. How can an independent body not be able to regulate itself?

Accessibility and Capacity of the Commission

It goes without saying that for an effective mechanism, it must be accessible by all the stakeholders and the officers/commission must be adequately resourced so as to effectively carry out its mandate.

Persons violated by members of the security services should promptly receive information, both orally and in writing, about all avenues of complaint, both internal and external to the places in which they are to be lodged. They should also have a clear understanding of the modalities for exercising their right to lodge a complaint. For this purpose, appropriate information tools should be developed and made available to them, in straightforward, user-friendly and non-legalistic formats.

It should also be stressed that the capacity of the Commission to carry out their task depends largely on the allocation of adequate resources to their functioning, including human resources. Staff working for these bodies should receive appropriate training and be sufficient in number. Where necessary, they should be able to call on consultants or independent specialised support staff. The funding provision is warped. Experience is rife that the funding of the already existing Commissions is an issue of major concern. If the government is dragging its feet to enact the law, what more to fund the establishment?

The gazetting of the Bill is a move in the right direction for the operationalization of section 210 of the Constitution. It is acknowledged that the Bill has some major shortcomings which if not attended to; the Bill will not fulfil the Constitutional provisions. Effectiveness, accessibility and independence are the cogs of the Commission. However, whatever limitations and defects the Bill may have, may not matter much in practice because the Commission’s effectiveness and independence will depend more on the integrity and qualities of its members and staff than on the provisions of the law under which it operates.  Again, the very fact that such a Commission is in existence may go some way to deter members of the security services from committing misconduct.

Kenias Shonhai is a Projects Lawyer at the Zimbabwe Human Rights Association. Comments to this article can be send to kenias@zimrights.org.zw For more information about our work, please visit our website on www.zimrights.org.zw