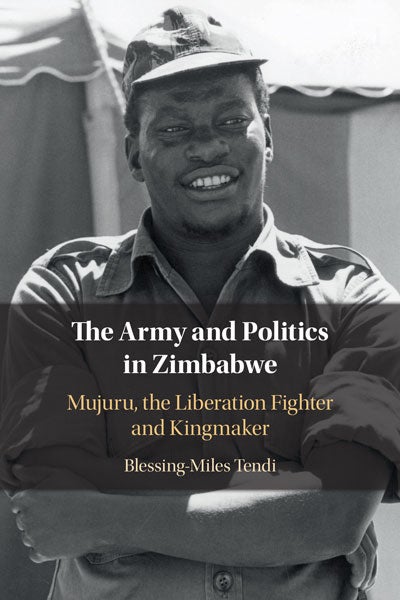 STARTING this week, the Zimbabwe Independent will serialise extracts of the book — granted exclusively to this paper — by Blessing-Miles Tendi, a lecturer in Politics at the University of Oxford in the United Kingdom. Next week, the Independent will run an exclusive interview with the author.

‘I will read ashes for you, if you ask me.

I will look on the fire and tell you from the gray lashes
And out of the red and black tongues and stripes,

I will tell how fire comes

And how fire runs far as the sea’.

Through the winter-coloured Zimbabwean savannah and bare Msasa trees, and past unadorned planting fields, a serene June night encased the Mutusva village, deep in Chikomba rural district. Beneath the solitary stare of a pearl-spotted owl, unfed dogs converged outside the village’s cooking hut. The dogs’ paws shifted on the cold earth, their wet noses sniffing for morsels of discarded food.

Inside the circular cooking hut, composed of mud, poles and a conical thatched roof, a sickly seven-year-old boy called Solomon Mujuru, who had acquired the nickname ‘Ruzambu’ (Reed) as a term of endearment in reference to his scrawniness, readied for bed with his older brother Joel, a voluble character. Ruzambu’s thinness was made starker by the size of his head. He had a large cranium, which appeared to sit uneasily atop his reedy frame. The hut’s interior had residual warmth from that evening’s cooking, so Joel insisted they both spend the nippy night there.

‘Ruzambu is better off in this warm hut than in the chilly sleeping hut with the other village youngsters, tugging off the few available well-worn blankets’, Joel reasoned. Joel was protective of the infirm Ruzambu.

They were born poor and came from the same womb, which set them apart from some of the Mujuru children their father, Nevison, sired with his late first wife. Orange and gold tongues of fire still flickered from the remaining wood in the eye of the hut. The cooking hut lacked a chimney hence smoke ascended and hung below the blackened roof, before seeping out leisurely through the thatch. The two brothers huddled together in a big farm sack, with Ruzambu resting nearest the fading wood fire. Ruzambu soon fell asleep on the hut’s gleaming floor, which the dutiful Mutusva women polished with fresh cow dung in the mornings.

In dreamland Ruzambu felt safe from all that stalked him when he was awake. From lost memories of a departed mother, to neglect by his distant and stern father, to a body plagued with a strange affliction the Mujurus only spoke about in hushed tones, and to a mouth that toiled to put into lucid words his thoughts. But the night offered no sanctuary from a force of nature that would shadow him to the end. ‘Wake up Ruzambu, the farm sack is on fire’, shouted Joel. Dreamy Ruzambu did not respond. He lay there, seemingly lifeless, in the growing bag of fire. Joel, still shouting fire, shook Ruzambu vigorously. Ruzambu began to breathe life but much too slowly to escape the hungry tongues of fire.

Joel violently heaved his bleary, featherweight brother out of the flaming farm sack. He then hastily pulled himself out of the fiery sack and dragged his confused brother further away from the flames. Joel suddenly winced from a sharp burning sensation on his left calf. He threw his eyes to the spring of his agony. The menacing sack had followed them across the hut. Part of the flaring sack had seared into Joel’s calf. Joel promptly peeled it off with bare hands, casting the alight sack aside. The odour of burnt flesh stung Ruzambu’s wide nostrils. Ruzambu, fully awake now, watched his night refuge turn into ash.

It is apposite that a biography of Mujuru begin with a story of ashes and fire. The above description is Mujuru’s first known brush with fire in 1952. It draws on a recollection of the fire incident by his brother Joel. “When I was told Solomon had been killed by fire, my thoughts immediately went back to the (1952) fire when we were young. There was something about Solomon and fire”, Joel reflected on his brother’s death in an alleged house fire on 15 August 2011. Mujuru came into the world on 5 May 1945 in Chikomba district (then Charter district), a rural area towards the north-east of Zimbabwe. He was the tenth of twelve children (four of which were girls) his father Nevison had with his second wife Maidei, a retiring and acquiescent woman.

Mujuru was Zezuru, a subgroup of the larger Shona ethnic ensemble. In the mid-1890s, Mujuru’s ancestors — the Mwendamberi people — attempted to resist encroachment on their farming land and cattle seizures by white by Europeans. These violent clashes are referred to, in official nationalist history, as the First Chimurenga/Umvukela. In actuality, the First Chimurenga/Umvukela was not collective nationalist resistance to uniform European entry but a multifaceted series of separate fights staged by Africans against unjust European taxes, cattle and land seizures, and forced labour, amongst other localised grievances. Europeans overcame the Mwendamberis and, according to indigenous local oral histories, some local resistors were burnt alive.

Chikomba (variously translated as hellhole, burning crater), the place name adopted by defeated Africans, partially harks back to these historical burning incidents. One of Zezurus’ cultural beliefs is that there are resilient ties between the living and their deceased relatives (midzimu). Accordingly, some of Mujuru’s family members understood his participation in the anti-colonial struggle from the 1960s to independence in 1980, as stirred by Mwendamberi midzimu that clashed with European settlers in the 1890s. In light of this belief in midzimu, some of which met a flaming end, one may venture to ask whether it is purely happenstance that Mujuru’s end, and much of his life, had fire as an enduring theme. Mujuru was fireborn: from the 1952 fire in Mujuru’s childhood, to the blood and fire that is the life of a guerrilla fighter, to the great hotel fire Mujuru started at the failed 1976 independence conference in Geneva, to an early 1980s bedroom fire Mujuru’s lit cigarette touched off while he and his wife Joice slept, to the 2011 fire that sang Mujuru’s demise by other means.

In contemporary times Chikomba has approximately 120 000 inhabitants, in a country with a total populace of about 16 million. In addition to Mujuru, Chikomba is the birthplace of many Zimbabweans who made their mark in the anti-colonial struggle and in independence-time politics.

That Chikomba, an underdeveloped rural area with a small population size, produced this many significant individuals partly highlights effective kinship and ethnic ties that helped various people with Chikomba origins to position themselves at the heart of the Zimbabwean political establishment. As we shall discover, Mujuru was undoubtedly the most influential figure of Chikomba extraction and he was patron to many political and military higher-ups from Chikomba. It is in Chikomba, then, where we must commence ‘reading the ashes’ of Mujuru’s upbringing.

The book is available in local bookstores