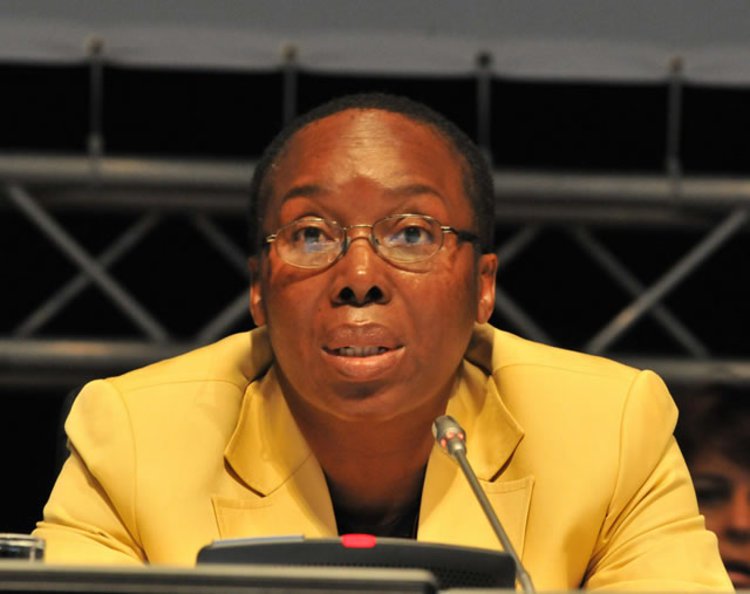 Takunda Maodza News Editor
THE Zimbabwe Anti-Corruption Commission yesterday arrested Gender Commission chairperson Margaret Sangarwe and other officials that were involved in the organisation of the United Nations World Tourism Organisation (UNWTO) conference held in Victoria Falls in 2013, after it emerged that they allegedly swindled the State of millions of dollars. The Herald is reliably informed that former Tourism and Hospitality Industry Minister Walter Mzembi, who played a key role in the organisation of the global tourism indaba, is also facing imminent arrest after he was linked to a net of people who used the mega event to allegedly steal from the State.

Officers from ZACC are looking for him in connection with the matter. Mzembi contested for the UNWTO Secretary-General’s position in polls held in Madrid, Spain, and lost to Georgia’s Zurab Pololikashvili. Mrs Sangarwe was Permanent Secretary in the Ministry of Tourism and Hospitality Industry when the conference was held.

She was arrested together with Aaron Mushoriwa, another official who was involved in the organisation of the indaba. “Sangarwe opened an account with Infrastructure Development Bank of Zimbabwe and got $5 million after lying she had a Government guarantee,” said a source close to investigations. “They withdrew $1,5 million and bought vehicles which they registered in their names. They also formed a company called Mosi Development Company in which they were directors together with Mzembi, which they used to siphon the money. We have recovered some of the vehicles that were procured using the money.”

The suspects were last night detained at Mabelreign Police Station and are set to appear in court tomorrow. ZAAC spokesperson Mrs Phyllis Chikundura confirmed the arrests last night. “They used the time when we hosted the UNWTO to acquire vehicles in the name of the UNWTO, but registered the vehicles in their names,” she said. “They are at Mabelreign Police Station and will appear in court on Wednesday.”

President Mnangagwa and his administration have declared war on corruption and vowed to arrest those caught with their hands in the till. The fight against corruption is meant to drive economic growth, long stunted by graft in Government and other State institutions.