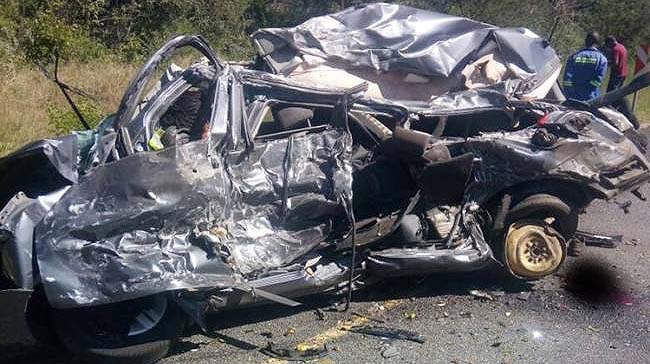 Walter Nyamukondiwa, Chinhoyi Bureau
AT Least 10 people died last night while several others were injured when a Chinhoyi-bound Nissan Caravan commuter omnibus burst a tyre and veered off the road at Mapinga, Great Dyke Pass along the Harare-Chirundu highway.

According to unconfirmed reports the passengers were going for a funeral in Chinhoyi’s Hunyani suburb.
The accident occurred at around 10pm.

Reports also indicate that nine people died on the spot and another one died on admission at Banket District Hospital.

Provincial administrator Mrs Cecilia Chitiyo announced that Mashonaland West province had activated the Civil Protection Committee to come in and assist in managing the accident.
More details to follow