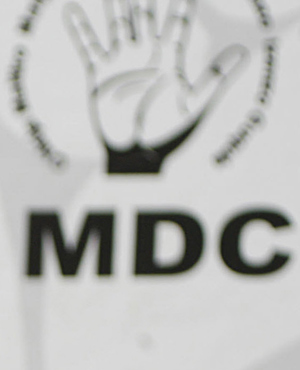 Zimbabwean opposition Movement for Democratic Change (MDC) Alliance has reportedly said it is expecting thousands of people to join a public protest – on Wednesday – against the country’s electoral body over it’s bias towards the ruling Zanu-PF party.

According to Voice of America, the MDC claimed that the Zimbabwe Electoral Commission (ZEC) had failed to “allow parties contesting the forthcoming general elections to observe the printing of ballot papers”.

“… we once again embark on a peaceful mass action under the banner of the MDC Alliance. The two main reasons include the decision by ZEC to refuse political parties the chance to observe the printing of the ballot papers and secondly, ZEC’s failure to avail a copy of the voters roll as is provided by the law,” the MDC said in a statement.

A NewsDay report said that the leader of the MDC, Nelson Chamisa, was expected to lead the protest march in Harare.

The report quoted Chamisa as saying that ZEC was losing its credibility day.

“Zanu-PF has never complained, not even once. Which team have you seen that plays a game without complaining, not even once to an impartial referee? It’s therefore clear that they are not players in this game and that the referee has picked a side,” Chamisa said.

The protest was coming at a time when the southern African country was preparing for crunch elections on July 30, following the ouster of former president Robert Mugabe in November.