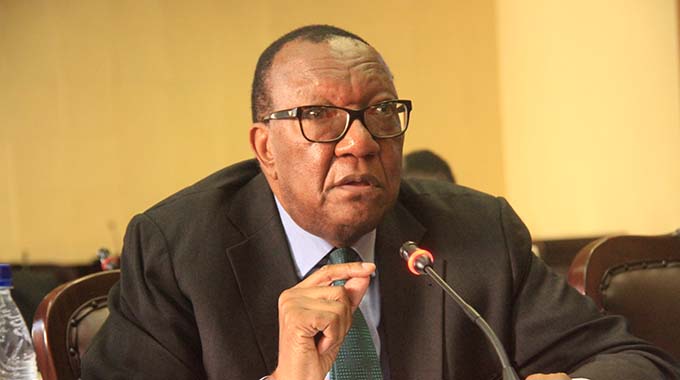 Former Minister of Agriculture Dr Joseph Made stresses a point appearing before a parliamentary committee on Lands, Agriculture and Rural Resettlement in Harare today. Picture by Munyaradzi Chamalimba

Zvamaida Murwira Senior Reporter
Parliament yesterday grilled former Agriculture, Mechanisation and Irrigation Development Minister Dr Joseph Made on why he appointed Mr Rockie Mutenha as the Grain Marketing Board general manager when he had scored lesser marks compared to two other aspirants.

GMB board members led by Mr Charles Chikaura had indicated that Dr Made had directed the appointment of Mr Mutenha.

Dr Made said he appointed Mr Mutenha because there was pressure and anxiety over the need to have a substantive head at GMB.

He denied arm-twisting the board to appoint Mr Mutenha ahead of other people. 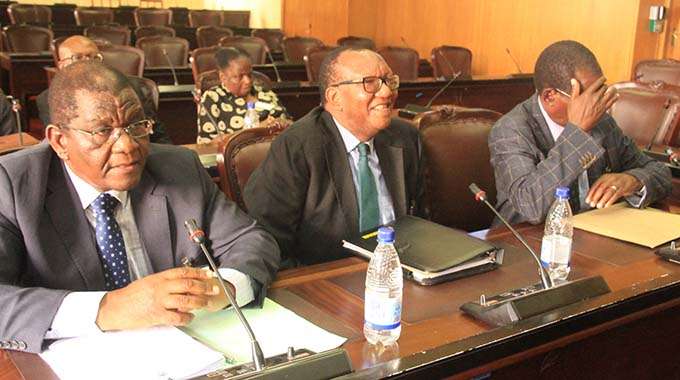 Former Minister of Agriculture Dr Joseph Made laughs at some points as he appear before a parliamentary committee on Lands, Agriculture and Rural Resettlement flanked by GMB board chairperson Charles Chikaura(left) and his deputy Basilio Sandamu in Harare today. Picture by Munyaradzi Chamalimba 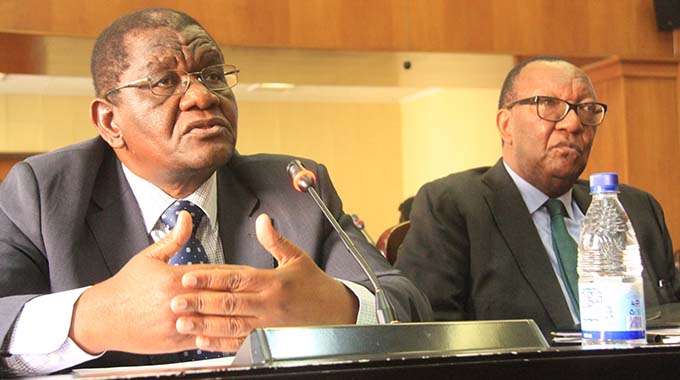 Former Minister of Agriculture Dr Joseph Made appear before a parliamentary committee on Lands, Agriculture and Rural Resettlement flanked by GMB board chairperson Charles Chikaura in Harare today.-Picture by Munyaradzi Chamalimba

“There were two separate issues,” he said. “The board was taking its own course, but as a ministry we sat down and said we cannot continue to have this bickering over a substantive general manager. There was pressure to have somebody.”

Dr Made did not tell the committee the nature of the pressure or its source.

Norton legislator Mr Temba Mliswa accused Dr Made of abusing his powers to settle for a least qualified person against recommendations by the board following interviews held by a human resources consultancy firm in which Mr Mutenha had scored the least points.

Other board members said they did not eventually sit to consider the appointment of Mr Mutenha after Dr Made indicated his preference.

“Our job ended by holding interviews and making recommendations,” said board member Professor Sheunesu Mpepereki. “For us yakangofa yakalodha.”

Cde Wadyajena read out a letter to Dr Made written to the former minister by Mr Chikaura indicating that he appointed Mr Mutenha as general manager as Dr Mombeshora’s stint at the Reserve Bank of Zimbabwe had disqualified her from the race.

The committee said the letter showed that there was a pre-conceived desire to have Mr Mutenha as head of GMB.

Dr Made told the committee the letter did not influence him to appoint Mr Mutenha.

The committee asked Mr Chikaura why he was demanding a service fee of over $75 000 from the GMB.

Mr Chikaura said he had devoted his time to the parastatal when the country imported grain.

He said Dr Made was aware of everything.

Dr Made denied the claim, saying the amount demanded was not justified and he did not approve it.