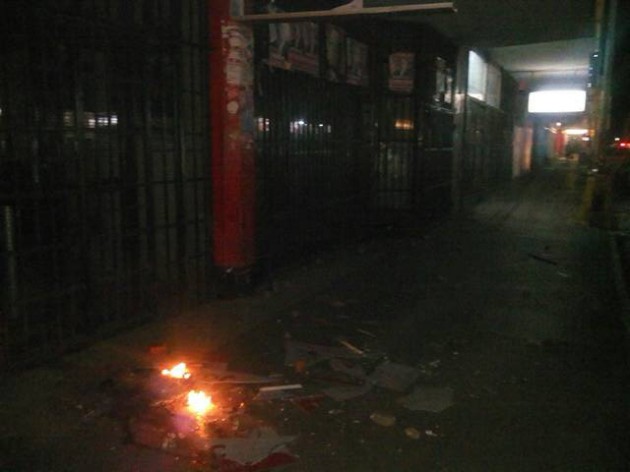 Shops in the CBD were forced to close early following running battles between the vendors and the alleged criminals-Picture credit:Social Media

Crime Reporter
Police in Harare are investigating an incident in which street vendors and cellphone dealers on Tuesday evening clashed with alleged criminals, who were in the habit of terrorising them and stealing their wares.

The incident occurred along Angwa Street around the former Ximex Mall. Two suspected criminals were later arrested and police are still looking for their accomplices.

Shops in the CBD were forced to close early due running battles between the vendors and the alleged criminals, who were pelting each other with stones.

“It is believed that there are some criminals who target vendors at Ximex Mall, taking their wares and today (Tuesday) they went to the area where they clashed with the vendors,” he said.

He said the vendors refused to surrender their wares, resulting in clashes. He said investigations suggested some of the alleged criminals were coming from the direction of Harvest House, the MDC-T headquarters.

“Investigations to ascertain the motive behind this (attack) are still in progress,” Chief Supt Nyathi said.

The Police Reaction Group (PRG) was later deployed to restore law and order.

Cde Gomwe dismissed the allegations as false and malicious and meant to tarnish his image and that of the ruling party.

“I would like to categorically state that I was not either involved or associated with the MDC-T headquarters violent disturbances, whether directly or indirectly. Furthermore, I had no knowledge of the disturbances. I got the shock of my life when I came across a message on social media suggesting that I was gun totting and leading in the violent acts,” he said in a statement.

“Such messages are being fuelled by malice and mischief. Let me warn those behind the falsehoods that it is illegal and unacceptable to falsely accuse someone.”

He said investigations he carried out revealed that the clashes were between MDC-T youths and cellphone dealers that trade at the former Ximex Mall.

“It is said that the MDC-T youths had looted phones from the dealers a couple of days ago. It’s further stated that the rowdy MDC youths usually raid the dealers of their wares and use Harvest House as their hideout. When they returned today (Tuesday) to carry out their illegal activities as their culture had been, Ximex dealers are said to have resisted them and retaliated, resulting in the violence,” Cde Gomwe said.

He called on the law enforcement agents to thoroughly investigate and bring to book those that thrive on violence.