Updates on the Zimbabwe protests

Workers under the Zimbabwe Congress of Trade Unions and citizen groups have begun a national stayaway in protest against the recent increase in the price of fuel, and the general economic meltdown the country is going through.We give you updates on what is happening countrywide.

Two people confirmed to be shot. Watch SABC for updates.

Kambuzumba road on the way to Rugare closed.

JUST IN: This unidentified woman was badly injured after she was shot near a police station in Epworth, while she was on her way from work.

Honda Fit dragging bins into the road along 12 ave and Robert Mugabe Way.

By 12:45
Buses being stoned, Extra City has been stoned also.

An Eagle Liner is being stoned as well, all the windows have been broken and the bus has been sat on fire.

Tanza Centre in Chitungwiza has been looted.

By 12:40
More barricades along Mutare Road. Cars blocked from proceeding.

All roads from Kuwadzana are closed.

NewsDay reporters in the field are trying to negotiate at every intersection.

By 12:30
Shots fired in Mabvuku. Standoff between police and protesters at Kamunhu Shopping Centre.

By 12:10
Reports of soldiers in the town of Harare.

In Glenview, along Highglen shops, people have barricaded the road.

By 11:40
Four people shot and injured in Epworth.

By 11:30
Police offers are spotted in groups in Harare City Centre

ZADHR Doctors are on standby to provide medical care to those affected by the demonstrations taking place across the country. They state: “Our HOTLINE NUMBER is 0777604610. Kindly SMS, WhatsApp or call if in need of urgent medical attention.”

Gvt alleged to have ordered Potraz to block whatsapp and twitter. 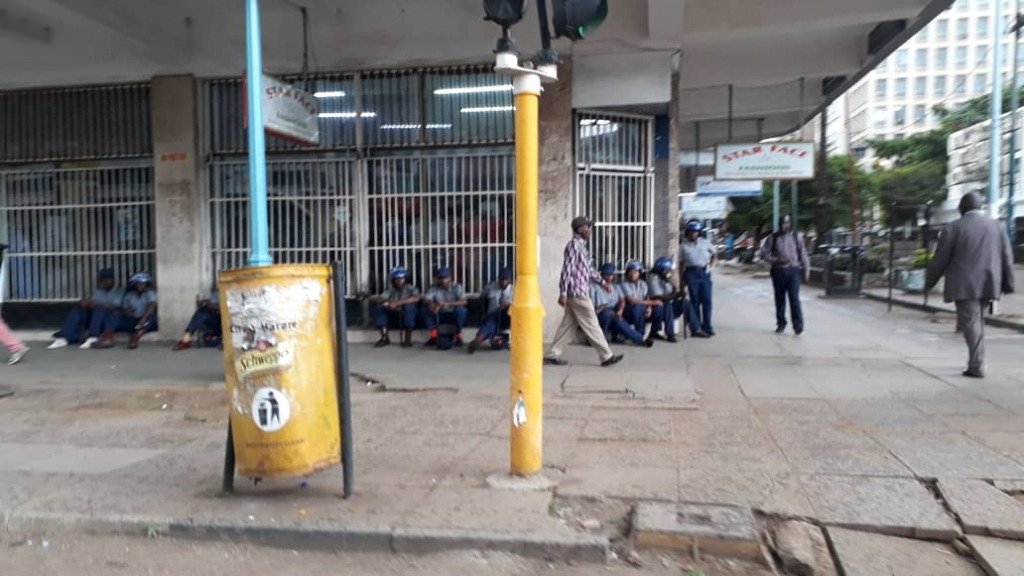 By 11:15 am
In Harare, schoolkinds are urged to stay home or get picked up by parents.

In Pumula, a policecar was overturned and a store was looted. More reports are coming in of lootings.

In Harare, people are walking home along Seke Road.

A lot of commuters are now stranded.

NewsDay reporters in the field are hearing gunshots in and around Kuwadzana.

Government offices have also shut down. 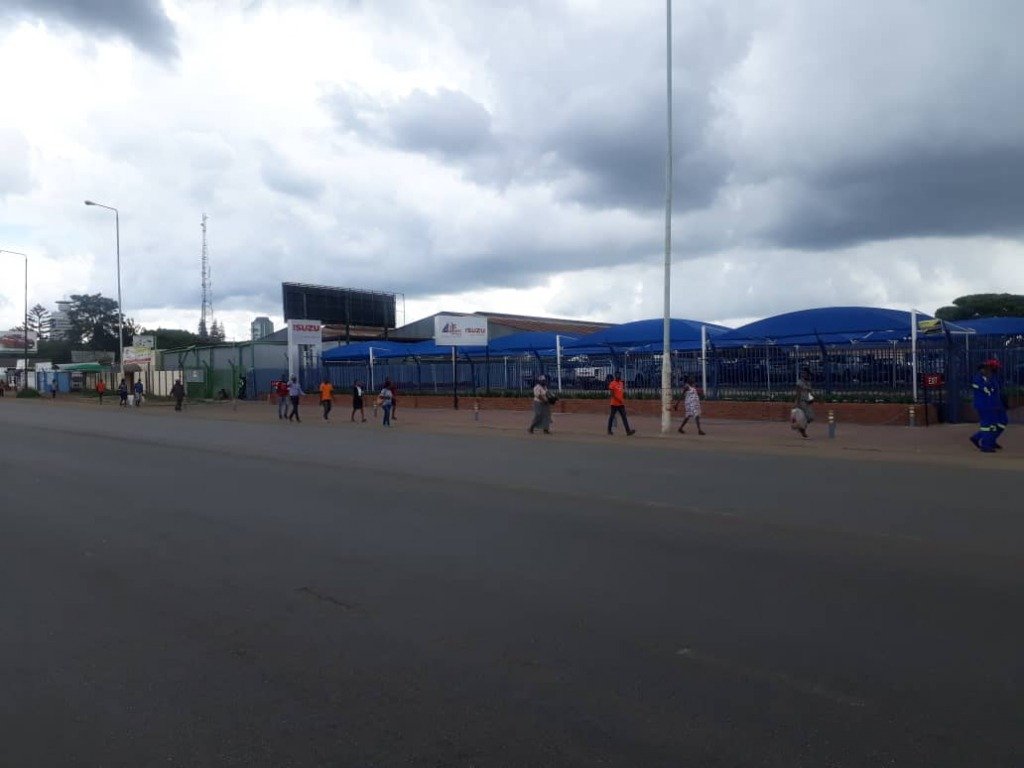 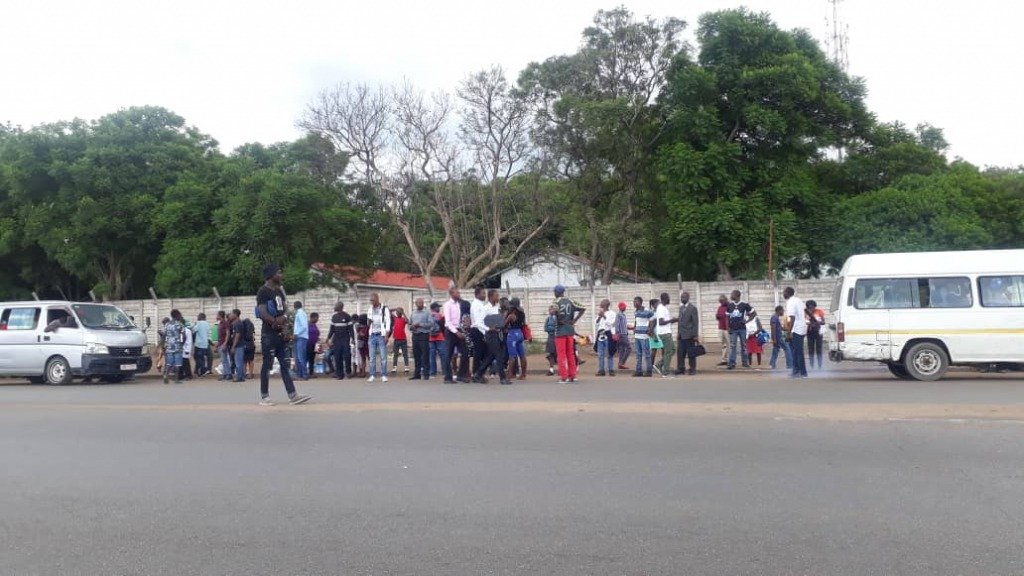 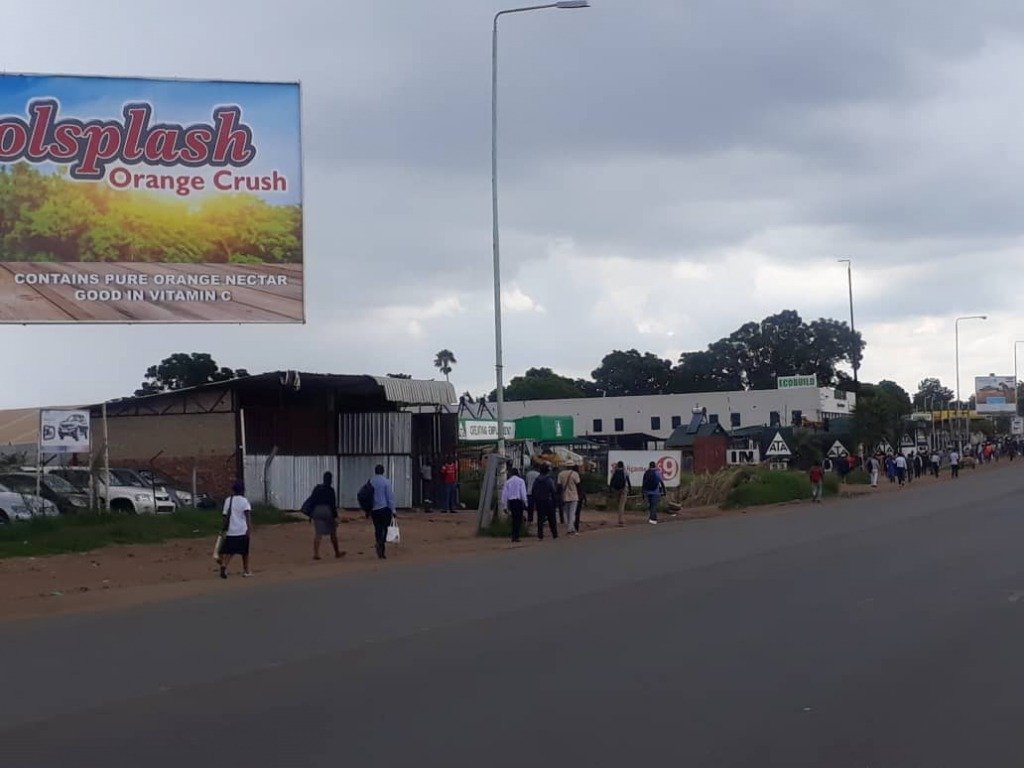 In Harare, there are reports of police clashing with protesting crowds in Mabvuku, Kuwadzana and Chitungwiza.

Protesters are burning tyres and barricading roads, and police are responding by deploying teargas and water.

Armed police are patrolling many parts of Harare.

In Chitungwiza, protesters are marching along Seke Road, near Chikwanha Shopping Centre.

A number of schools have not opened, with some reports that pupils were turned back.

In Bulawayo, the situation is reportedly tense in the city centre, with reports that protesters are marching in the streets. Police are firing teargas.

Below are some of the images we have received. 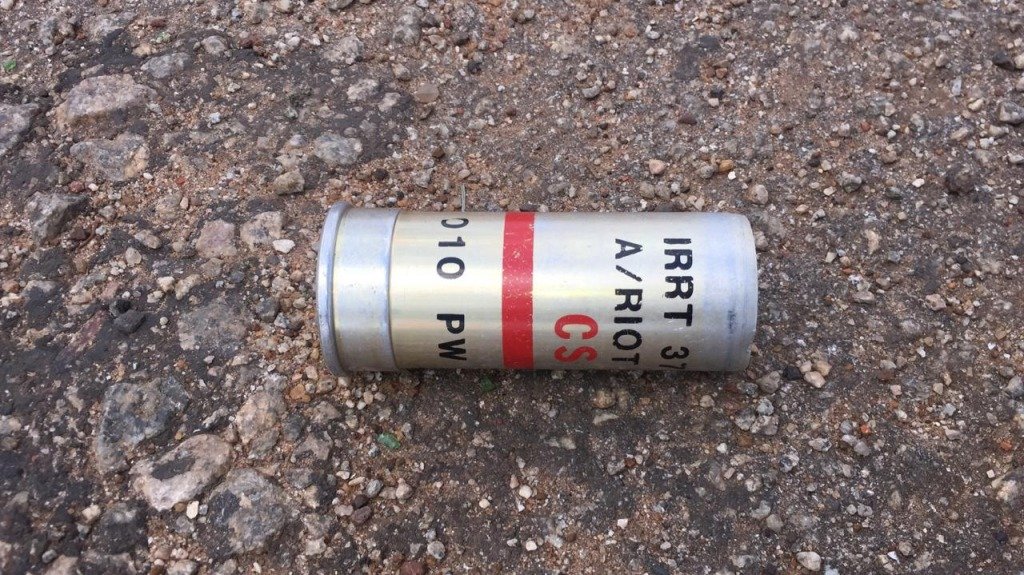