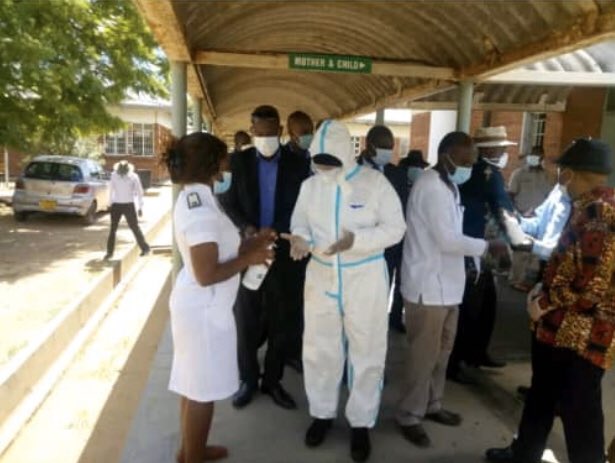 BY VANESSA GONYE/SILAS NKALA
HEALTH experts have urged government to upgrade the country’s health systems following reports by South African officials in Musina district that there had been a spike in Zimbabweans seeking medical services at clinics in the neighbouring country.

A report by the International Organisation for Migration said the influx of Zimbabweans into South Africa’s health centres was compromising that country’s health delivery targets.

“At times, citizens are charged high prices by the private sector, which forces them to opt for South Africa and other countries. On comparison, people have discovered that it is much cheaper to get medical treatment in South Africa than in Zimbabwe,” he said.

Chiduku urged the country to upgrade its medical and diagnostic equipment and stock more medicines as it was losing foreign currency because of medical tourism to other countries.

Community Working Group on Health executive director Itai Rusike said complaints by South Africans were understandable as the country’s health resources are being depleted by foreigners running away from their countries’ broken health delivery systems.

“We recognise that the current health crisis in Zimbabwe does not emanate from the health sector as it comes from a wider economic collapse, and the increasing extent to which people are not accessing basic public services like health,” he said.

“Our country is rich in natural wealth, but high in household poverty, hence it is important for households and communities to claim a fair share of natural resources and redistribute these resources for wider economic and social gain instead of overwhelming the South African health sector.”

In a statement, the Zimbabwe Coalition on Debt and Development (Zimcodd) said: “The COVID-19 pandemic has exposed the rot that characterises the health sector as public health institutions are currently incapacitated, with critical shortages of specialised professionals and healthcare staff, dilapidated hospital infrastructure, lack of essential medicines and commodities, and inadequate emergency services for delivery.”

This had contributed to the rapid deterioration in health outcomes in general and specifically in maternal, new-born, child and adolescence health.

”All these health indicators are in a dire state, for example the National Development Strategy 1 reported that the neonatal mortality rate has increased from 29 to 32 deaths per 1 000 live births. Given that the situation was worsened by the outbreak of the COVID-19 pandemic, the government was expected to increase the resource allocation to the health sector in line with the Abuja Declaration,” Zimcodd said.

The Abuja Declaration stipulates that governments should allocate at least 15% of the national budget towards health. Zimbabwe allocated $117 billion (14,9%) towards the Health ministry in the 2022 budget, but analysts say it is too little since it is in local currency.