Urban to rural migration the new scenario in Zimbabwe 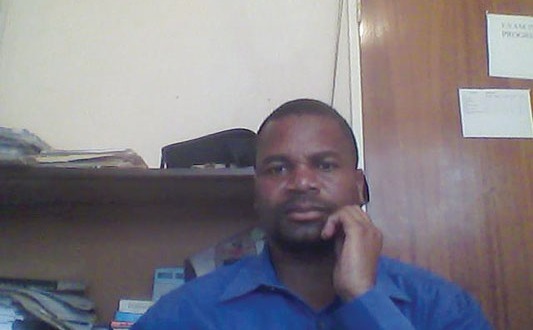 IN a reversal of the normal trends with regards to rural-to-urban migration world-wide, the current pattern in Zimbabwe is pointing towards a shift in migration, this time, urban to rural migration being the likely scenario.

This is not necessitated by the current economic hardships although the economic aspect cannot be totally ruled out. Chief among the push factors are the high costs of land in urban and even peri-urban areas, the strain on urban resilience and its holding capacities, energy poverty and the need for space for livelihood options.

Over the years, Zimbabweans have been migrating to neighbouring countries and abroad in large numbers, seeking greener pastures.

Although this trend has not stopped, it has slowed down considerably. Tough times have seen Zimbabweans having their footprint in almost every country in the world, in fact, if there is a country on earth which doesn’t have a Zimbabwean national, then that country would be very unfortunate.

Credit goes to those who have remained in the country and have explored innovative resilient livelihood options and have seen opportunities in rural areas.

The idea of having something to trade in has seen a number of people buying land in rural areas for start-up projects. While some have decided to relocate to rural areas others are still resident in urban areas but actively participating in rural livelihoods.

The highly formal nature of employment patterns in this country which has not been rewarding is being deconstructed and people are creating their own forms of employment while employing others as well.

As Zimbabweans have turned over a new leaf and decided to make the rural areas their place of choice, this is going to have negative impacts on the environment especially the forests.

Due to the population density in urban areas and current rural settlements, people are seeing the forests as the only option to derive survival from.

The culture of surviving on forest resources and products has been there since time immemorial, hence, the forests are more threatened than ever before.

Due to the migration to rural areas, there have been reports that some people have resettled themselves illegally on State land, forests, national parks and game reserves, choosing to live side-by-side with wild animals. All this points to conflicts within the environment and human activities that accelerate global warming are essentially in the making.

The clearing of land for agricultural purposes, cutting down trees for firewood, fencing poles, charcoal for sale, for building, burning bushes and grasslands including land degradations in the abstraction of sands for sale and building, gravel and moulding bricks have seen agriculture and building as the major agents accelerating greenhouse gas emissions in this new wave of urban to rural migration.

While agriculture has been criticised as a major player in greenhouse gas emission, people have been silent on the impact of building-related degradation of the forests. One day these seemingly finite resources will be depleted while building of more houses continues. The need for more rural land will see an increase in arable land and a decrease in pastures, contributing to forest losses through deforestation and land degradation.

This will also accelerate competition for forest resources and products for resale in urban areas. Already many people derive their survival from selling a wide range of indigenous fruit in both rural and urban areas while others harvest timber for sale as well. These human activities if left unregulated, our forests will be stripped to nothing.

As more people are turning to farming, the demand for land to cater for livelihood projects will increase.

Rearing of poultry and small livestock such as pigs, rabbits, guinea fowls, goats and pigeons, among others, is the in-thing these days and urban spaces are becoming smaller, hence people are seeking major expansions in rural areas.

With plots becoming beyond the reach of many those who want to engage in horticulture, small-scale dairy, beef fattening, bee-keeping, fish farming and nutritional gardens are seeking spaces in rural areas because the urban space has shrunk and is no longer permitting.

These projects will increase demand for solar panels and solar pumps in relation to renewable energy in order to curb a tradition of energy poverty and scarcities.

For this reason, due to perennial electricity shortages, the urban areas are gradually relinquishing their status as places of choice because cheaper forms of energy have been adopted in the rural areas. All these projects, although empowering in every respect, have environmental costs and repercussions for people in the long run.

The urban to rural migration will expand agriculture and the building of the new settlements in forests, thereby destroying the natural ecosystems and expose carbon storage and sinks including a broad network of biodiversity.

This is not the first time that urban populations have invaded rural areas for forest resources and products, it’s only that this time they have just decided to relocate to rural areas to stay. These aspects have not been fully documented because of the sporadic nature of the movements.

In this regard, the forests have been indirectly contributing to the food security and nutrition status of this country. A variety of forest foodstuffs are being consumed regularly in urban areas, so why not go to places where the food sources are.

The trend of urban to rural migration is the new impetus in development paradigm shift, hence it requires major support, planning and orientation.

Rules that govern the forests in this country need to continue to be enforced, lest desertification takes centre stage. Forest rights and governance issues are human rights as well hence environmental injustices should be closely monitored and regulated.