Source: The first step in addressing a crisis is to admit its existence – NewsDay Zimbabwe 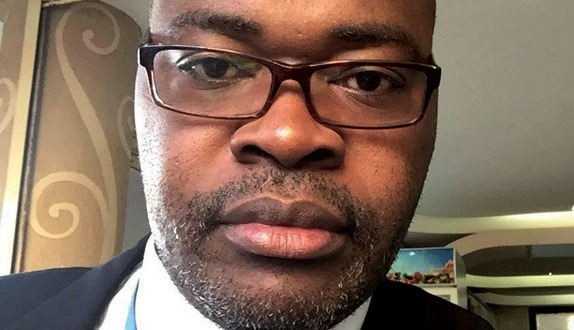 WE are living in a very fast world. Who would imagine that the “crisis or no crisis season” has come and passed and yet the country remains deeply rooted in the same level of crisis it was before the visit of the African National Congress delegation? It is curious why some among us are in denial on whether the country is in a crisis when everyone is aware that Zimbabwe was once better than what it is today.

In the event of a crisis, leadership faces scrutiny which evokes a slew of emotions that impair their judgement. Most deny the existence of a crisis to evade embarrassment, and in our case, of destroying what used to be the jewel of Africa. Because the ruling party has been constantly criticised and its judgement questioned forcing it to become more combative while denying the existence of problems as a means to avoid facing humiliation. While this is a reflex to save face and hide the problem, it has impeded the ability to understand the problem and to address the crisis.

That denialism by the ruling party has birthed numerous theories and explanations of why the country is in a state of underdevelopment and a political stalemate. Most of the explanations have served to divert attention from the real cause of the crisis. These range from the nation is scarred by many centuries of violence, is bedevilled by the remnants of colonialism, is cursed because the spirits are angry, militarisation of the State is the problem, sanctions are stalling progress, external forces are against the country, and the ruling party and the MDCs are the problem. Add corruption, mismanagement, plunder and human rights violations to the list. There are many more and there is no harm in digging deeper to identify the root cause of the problem but it is unproductive to evade the real issue for fear of political reprisals.

The truth is that Zimbabwe has been in a political crisis since 1980 as evidenced by use of force on citizens, pseudo-democracy, sham elections and mass killings that litter the country’s history. The ruling elite has long demonstrated an allergy for political contestation, divergent views, freedom of expression and to relinquish power. One of the reasons many people were blind to these attributes in the 1980s and 1990s is because a functioning economy then delivered jobs, economic opportunities and a fairly good standard of life. There was a choice not to be concerned with politics at the time. In fact, some people did not think that politics would affect their lives. And sadly, that season is over and everyone has now been affected.

The first straw to break the camel’s back was witnessed in 1997, marking the beginning of the current economic crisis building on top of a pre-existing political crisis. It was on November 14, 1997 when the local currency lost 72% in value against the United States dollar. The year 2000 farm invasions completely decimated hopes and efforts for recovery as political survival for the ruling party took centre stage over anything else. Since then, the nation has remained burdened by the strain of these events perpetuated and, therefore, worsened by denialism by the ruling elite until this day.

Zimbabwe is in a state of a major political crisis which has destroyed the economy and gave rise and growth to political activism and opposition parties at expense of economic recovery.

The new political industry is a creation of the ruling party. Denying the existence of a problem does not solve it or make it vanish. A crisis cannot be covered up and doing so only enlarges the problem. Crises tend to expand and explode when concealed unresolved.

In the last two decades the ruling elite told the world that there was no crisis in Zimbabwe, and yet the country spewed millions of refugees into neighbouring countries and abroad. Our dignity as a nation has been eroded as our people are reduced to beggars and sources of problems in host countries. Our domestic unemployment rates escalated and protests are the order of the day. What is happening with patients in hospitals and with students at various schools is evidence of what denialism by a power-hungry leadership can do to push a generation to the precipice of desolation.

Looking at these negative developments unfolding before us, one cannot help but regret the missed opportunities if the Zimbabwean crisis was not aggressively covered up for political expediency. The upshots of those two decades, during which the crisis would have been resolved, were wasted and squandered. Neighbouring countries that owned up to their crises have turned the corner. In our case, the ruling party created the crisis. And it is the problem and no longer just the source of them.

The first step in addressing a crisis is to admit that it exists. Leadership must allow the nation to come together and address what went wrong and the same leadership must do so with a humble attitude that prioritise national interest over anything else. That enables leaders to draw on public sympathy and people to rally behind them than protest against them. Transparency and honesty helps regain public trust and confidence and makes it easier for people to believe their leadership’s seriousness in addressing the crisis.

Perpetuating the “no crisis” narrative polarises the nation and is destructive, divisive and counterproductive.