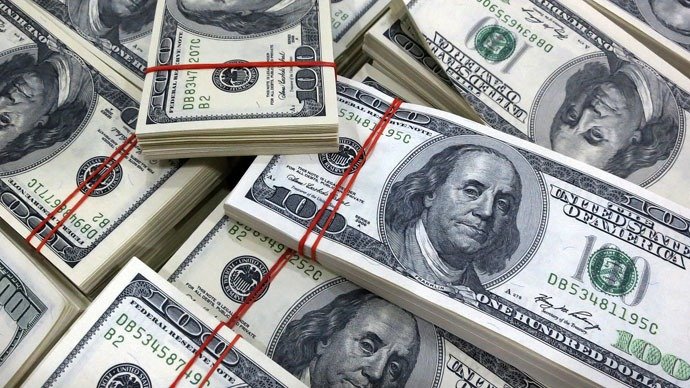 Zimbabwe’s chaotic currency market means that there are several exchange rates for different forms of money: for the physical United States dollar, the bond note and electronic transactions.

The exchange rate for US dollar to electronic rate reached 100% at the weekend, while that for bond notes was at 85%.

After new Finance minister Mthuli Ncube said he was considering taking the quasi-currency out of circulation, its rate on the market fell to 10% from 25% while there are frantic efforts among traders to dispose of the notes.

Government has been employing quasi-currency instruments such as Treasury Bills to fund its activities, a move that led to growing mismatch between money in circulation and RTGS balances.

Broad money supply increased by 40,8% per annum from $6,4 billion to $9,1 billion by end of June 2018 according to the Reserve Bank of Zimbabwe June report.

The growth in the rate of the US dollar has an impact on the prices of the commodities as the majority of businesses source the greenback on the parallel market.

A money changer who doubles as a shop owner last Friday said he was putting a mark-up of 20% on all his clothing products due to the spike of the rate US dollar on the parallel market.

“The net effect is pushing prices northward unless companies are able to get foreign currency from the formal financial system,” Confederation of Zimbabwe Retailers Denford Mutashu said.

“The parallel market rate is a reflection of confidence levels in the economy or lack of it thereof.

It is indicative of continued growth of electronic money supply and the decline in circulation of the US dollar within formal circulation versus high demand thereof.

The new Finance minister has a herculean task on his hands, but he should start doing something about the fiscal imbalance.”

Labour Development and Research Institute of Zimbabwe boss Prosper Chitambara said the current phenomenon was essentially feeding into the inflation spiral and was caused by uncertainties in respect to currency reforms.

“The increased US dollar premium is as a result of uncertainties.

It is not clear what is going to happen to the RTGS after the minister’s pronouncement.

But there is a direct relationship between the level of goods prices and the growth in premiums obtaining on the black market.

“Lack of confidence has also contributed to the current arbitrage on the market.

“I think, while these parallel market premium surges have been responding to Treasury Bills issuance, as well as general forex demand to import merchandise, there is also a clear case of market metathesiophobia of impending currency reforms as hinted by Finance minister Ncube,” economist Clemence Machadu said.