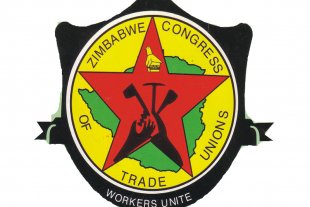 THE Zimbabwe Congress of Trade Unions (ZCTU) has honoured its members who
were brutally tortured by police on September 13 2006 after spearheading
countrywide protests against social injustices by former President Robert
Mugabe’s administration.

The commemorations were held in Gweru over the weekend.

Before converging for the commemorations, various workers’ unions and members of the Zimbabwe National Students Union held a clean-up exercise in the Midlands capital where they cleared illegal dump sites and drainage systems.

Workers and trade unionists who were tortured on the day gave testimonies of police brutality.

Former Labour and Social Welfare minister Lucia Matibenga, who is also ZCTU’s deputy president, gave a chilling testimony of how, together with other trade unionists, they were rounded up by the police in Harare and physically tortured at Matapi Police Station in Mbare for over six hours, leaving some with broken limps and permanent disabilities.

“We were basically protesting to demand Poverty Datum Line (PDL)-linked wages, government’s commitment to fight inflation, free distribution of ARVs and a stop to the implementation of the compulsory National Health Insurance Scheme that was to be administered by NSSA because at that time, NSSA was not transparent and workers were complaining it was stealing their money,” said Matibenga.

She added that after the workers had converged at their Construction House offices and started marching, police bundled the union leaders including former ZCTU president Lovemore Matombo, secretary-general Wellington Chibhebhe, Ian Makone and herself, among others, into a truck.

“They drove us to Matapi Police Station and we were made to disembark in pairs to the torture room,” Matibenga said.

“While we waited for our turn, we heard Matombo and Chibhebhe, who had gone first, screaming loudly followed by a deathly silence and we knew they had collapsed.”

She added: “I was also taken in there with Ian Makone and we were brutally tortured by five police officers.

I suffered a broken hand at a point where I had also suffered a fracture during a previous case of police brutality and even today I still battle with it.

On the back of my head, I suffered a bad wound which up to this day is giving me problems and I have to regularly apply some lotion to ease the pain,” she said.

In a speech read on his behalf by the central region ZCTU chairperson Kudakwashe Munengiwa, the labour body’s president Peter Mutasa said a total of 147 unionists were tortured and brutalised by police on the day.

Munengiwa said: “….over the past 12 years, we have lost Tonderai Nyahunzvi, Moses Ngondo and Rwatipedza Chigwagwa, who were subjected to the worst horrors of police brutality.

A lot others endured permanent injuries and disabilities from the horrors of the State repressive apparatus”.

Mutasa indicated that the situation which prevailed in those old days had not changed for the better.

“What happened on August 1 2018 when security forces fired live bullets, killing six demonstrators, is a clear reminder that we must always remain vigilant,” he said.

Seven people were shot dead after soldiers opened fire in the busy Harare streets in a bid to quell post-election protests on August 1.

President Emmerson Mnangagwa has set up a commission to probe the killings.