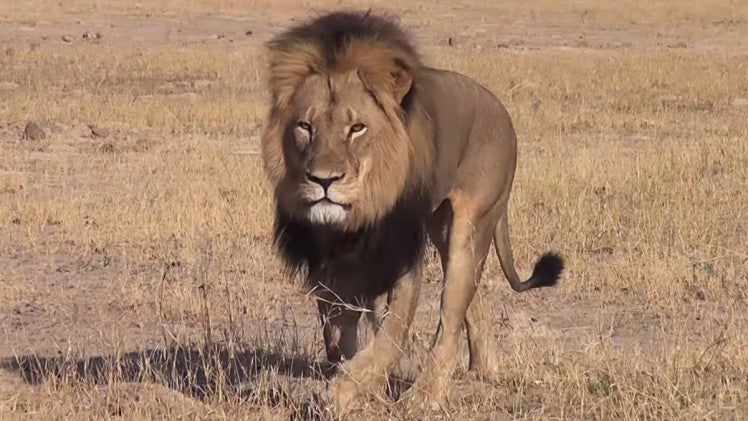 THE United States is reportedly working on legislation called the Cecil Act, which seeks to ban the movement of trophies from Zimbabwe to America, a development that could see the southern African nation losing billions of dollars in trophy hunting revenue.

Speaking to journalists at the launch of the Zimbabwe rapid reference guide on wildlife crime at Matobo National Park on Tuesday, Environment, Tourism and Hospitality Industry permanent secretary Munesu Munodawafa said the law would jeopardise Zimbabwe’s efforts to conserve wildlife.

“There was a lion called Cecil that was shot in Hwange National Park in July 2015 under circumstances that are well documented. Now, what has since happened is that the American government is coming up with what they call the Cecil Act,” he said.

“The effect of the law would be to inhibit the movement, for example, of trophies to America whether by aeroplanes heading to America or even to prohibit American hunters. If you recall, Zimbabwe’s tourism thrives on wildlife and the key component also is conservation of our wildlife.”

Munodawafa said the challenge with the Act was that the country was using sport hunting as one of the ways to generate revenue.

“When we talk of sport hunting, our sport hunting is for you to determine the number of animals. There is actually a biological scientific process that happens. It’s not indiscriminate shooting of any animals,” he said.

He said the Zimbabwe Parks and Wildlife Management Authority would fail to generate revenue to plough back into conservation activities such as anti-poaching and setting up of perimeter fences.

“Now, if all that sort of revenue is cut off, it means we are opening up this wildlife, which we still have, to poachers. Because if you are weakening national parks, you are weakening all the structures that were put in place and government cannot afford to put money in the budget every year to sustain conservation efforts,” he said.

Munodawafa said the operational budget for national parks is about US$30 million per year and that money has been coming from various activities that include sport hunting.

“If you look at it, ivory has been banned. Trading in live elephants has effectively been banned. Now they are moving to cut off trophies. So they are closing all the sources of revenue. They think their intention is good, that if you close all movements, then nobody will poach because they will have no reasons to poach,” he said.

“But we beg to differ and this is the same argument that comes out and even came out (even louder) at the last CITES (Convention on International Trade in Endangered Species of Wild Fauna and Flora), where people are saying the only solution to protect the animals is to completely ban their trade.”

Added Munodawafa: “But we are saying we have seen the ban of trade on rhinos, but they are almost now extinct because eventually, as developing countries, you run out of money to keep protecting these animals, feeding them and giving them surveillance 24 hours a day. But to them, it doesn’t matter.”

The country, however, managed to send a representative.