US optimistic on Zim re-engagement 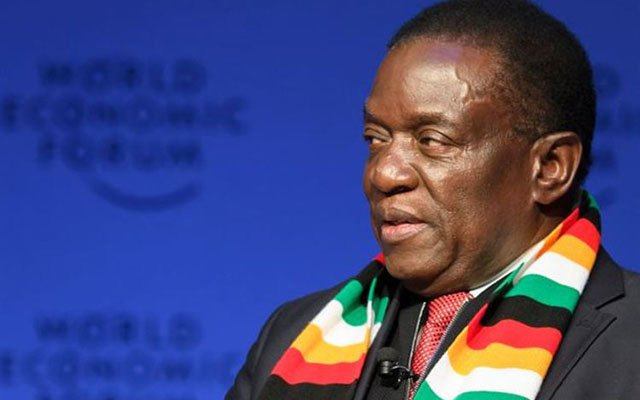 Source: US optimistic on Zim re-engagement | The Herald February 5, 2018

Nyore Madzianike Manicaland Bureau
The United States is optimistic of mending its relationship with Zimbabwe by, among other things, revisiting the illegal sanctions that are in place. Desk officer responsible for Zimbabwe in the US State Department Bureau of African Affairs Mr Don Cordell said there would be room for further re-engagements once the new administration carried through the reform plans it articulated so far.

Mr Cordell said this during his second trip to Zimbabwe, where he visited the American Corner at Turner Memorial Library in Mutare on Wednesday last week. He was accompanied by the United States embassy spokesperson Mr David McGuire. The duo also made a courtesy call on Mutare mayor Councillor Tatenda Nhamarare.

“We are really optimistic, particularly about what we are hearing; I mean, as of right now, there is a new administration, a new Government and the language or words we are hearing sound very optimistic,” said Mr Cordell.

“We are really optimistic that the language would then actually turn into action and as that is turned into action, that is when we will be able to continue to see further engagements between United States and Zimbabwe.”

Mr Cordell said Washington was keen on American businesses investing in the country as per calls by President Mnangagwa to have foreign investors coming to Zimbabwe. The Zimbabwe Democracy and Economic Recovery Act (Zidera), he said, would not hinder business relationships between the two governments.

“We are optimistic as we hear the words and language of the new Government of President Mnangagwa,” said Mr Cordell. “What he is trying to say is: ‘we are open for business.’

“He is saying we are making a change and making a framework that will welcome foreign business. As that happens, there will be American businesses who will take advantage of that framework.”

Mr McGuire said the US government welcomes President Mnangagwa’s call to have foreign observers participating during the forthcoming harmonised elections. He said they would be willing to participate in observing the elections once they got an official invitation.