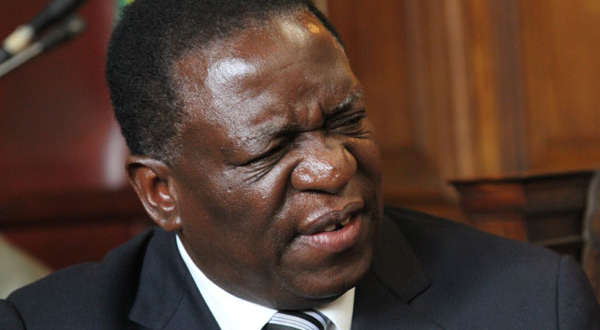 THE United States (US) Senate has predicted Zanu PF leader, President Emmerson Mngangagwa, would win the 2023 presidential election despite Washington pouring in millions of dollars to democratise the country.

In a damning 2020 Festivus report, presented to the US Upper House, senator Rand Paul on Monday accused the US Agency for International Development (USAID) of spending US$10 million taxpayers’ money on a futile attempt to help reform Zimbabwe’s political processes, especially elections.

He described the process as a waste of funds as they would not help unseat Mnangagwa whom he tips to retain the presidency by “hook or crook” in 2023.

According to Paul’s report, the Congressional Budget Office says the 2020 fiscal year deficit was an eye-watering US$3,1 trillion, with some expenditure traceable to COVID-19 related spending, but a lot of it was spent ostensibly without care on unnecessary programmes including “an already rigged 2023 forthcoming Zimbabwean election”.

The report went on to say although Mnangagwa promised to be a reformer on his ascension to power after the military removed long-serving ruler Robert Mugabe from power in a November 2017 coup — evidence on the ground suggested otherwise.

The US sponsors several non-governmental organisations to monitor the Zimbabwean elections in the hope that this could help instil confidence in the people of Zimbabwe.

“Yet Uncle Sam (outgoing US President Donald Trump) wants to spend American taxpayer dollars to determine if the upcoming elections are, in fact, rigged. So the USAID is paying US$10 million in an effort to improve Zimbabwe’s political process. Will it all make any difference? Decades and decades of charges against Mugabes elections did not cause him to become more democratic, nor did they drive him from office. So why is the State Department spending $10 million so it can have something to wave around when it ultimately points its finger at Zimbabwe’s leadership and says, shame on you,” Paul said.

International watchdogs, including from the European Union, observed the 2018 general election and found substantial irregularities.

It is also alleged in the report that Mnangagwa’s attempt to project himself as a reformer on the international stage was a mere stunt as his human rights record was just as bad as Mugabe’s.

“Mr Mnangagwa’s opponents now fear he is more dangerous than his predecessor. In his first 21 months in office, Mnangagwa had already imprisoned more people for subversion than Mugabe did in 37 years,” Paul’s report read.

The Zimbabwe Electoral Commission (Zec) was not spared the rod in the report as it was also accused of failures to be inclusive and transparent leading to accusations that the commission was politically biased. “It seems retribution was not just limited to opposition politicians. In the wake of the elections, Foreign Policy reported on soldiers firing live ammunition at unarmed civilians protesting the Zimbabwe Electoral Commissions failure to announce the outcome of the country’s July 30 2018 presidential election in a timely fashion, as well as on-going reports of soldiers beating and abducting civilians in the suburbs surrounding the country’s capital Harare is a hotbed of opposition politics,” the report stated.

“Shortly after the 2018 election, police reportedly raided MDC Alliance headquarters arrested 27 people and took away computers. Security forces issued warrants of arrest to MDC prime ministerial candidate Nelson Chamisa and the party’s leaders although Chamisa himself was not arrested for instigating violence.

Paul further submitted in the report that Mnangagwa tended to turn to the military, which helped him initially gain power, to keep the population in check, rather than depend on militias and police as Mugabe did.

The report further urged the US government to withdraw funding related to Zimbabwe’s elections and to refrain from observing the polls and rely on the European Union for information.

“But if the US doesn’t pay for people to observe the election to take place in 2023, how will we know how bad the situation is? Well, perhaps we could rely on the European Union. It seems as though this differentiation is a bit of a distinction without a difference,” Paul argued.

The piece went on to state that there was no hope for political reform in Harare given that the change of power from Mugabe to Mnangagwa has brought just about the same result: a repressive government that has a dangerously low tolerance for dissent.

Newer Post
I’m a doctor at the front of the vaccine line. My family back home in Zimbabwe is at the end.
Older Post
Tapiwa Makore burial put on hold once again