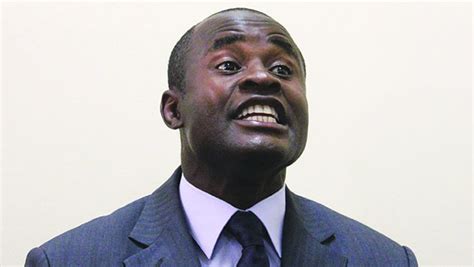 The disclosure is contained in a Parliamentary Portfolio Committee on Mines and Energy report for the years 2009-2016, seen by the Zimbabwe Independent.
The revelations confirm what Mugabe told the Independent on March 15 in an exclusive interview.

In February 2016, Mugabe publicly said the country had lost gems worth US$15 billion through leakages at the Chiadzwa diamond fields, while Treasury received less than US$2 billion in revenue.

“We have not received much from the diamond industry at all. I don’t think we have exceeded US$2 billion, yet we think more than US$15 billion has been earned,” Mugabe said during his 92nd birthday interview with the state-run Zimbabwe Broadcasting Corporation.

However, when probed about the missing US$15 billion in March, the former president said: “It was just a figure. I was given that by some officials, that figure had been circulating around, but really it was not confirmed; it was just a story and there was that figure involved.”

Appearing before the committee, Rushwaya dismissed Mugabe’s statements as “unfeasible”, the report says.

“Some witnesses that included the Permanent Secretary of Defence, M. Rushwaya and former Board Chair of ZMDC, Mr G. Masimirembwa disputed the assertion made by the former President of Zimbabwe, His Excellency Cde R.G. Mugabe that over 15 billion worth of revenues had disappeared,” reads the report.

“According to Mr Masimirembwa . . . the former president was using it ($15 billion diamond revenue story) figuratively. I want to say myself that it is an impossibility. There is no way Zimbabwe sold diamonds worth 15 billion dollars.

“Mr Rushwaya, in a separate session with the committee, highlighted that the US$15 billion loss of revenue was not feasible . . . (he said) ‘whoever gave the former president that figure should scientifically explain what method he used because if you go by the world standards, he can vouch for me as an accountant, US$14 billion the world over for one year, it is difficult to reach but you were saying the leakages for US$15 billion in Zimbabwe. Even if every inch had diamonds, we could not get to that stage’.

“According to Mr Rushwaya, the US$15 billion assertion was used as an excuse by the Ministry of Mines to take over concessions owned by the various diamond companies.”

The report states that despite Rushwaya and Masimirembwa’s assertions, there were some players in the industry and outside that believed Mugabe was correct on his permutations.

Mugabe did not appear before the committee to answer questions despite being invited. He was later recused.

“The Former President His Excellency Cde R.G. Mugabe was unable to attend at the appointed hour and the committee was due to meet to consider summoning him as a measure of last resort but after consultations with the Hon Speaker, he was recused from attending,” the report states.

“On the other hand, there were witnesses that firmly believed that the statement by the former President had a measure of truth in that diamonds worth 15 billion dollars or more could have disappeared.

“According to Mr. (Lovemore) Kurotwi (Core Mining and Minerals Company) and civil society represented by Mr Farai Maguwu and Mr S. Mtisi, the country lost substantial diamond revenues due to smuggling, undervaluation and lack of exploration of the Marange area. Mr F Maguwu actually stated that ‘the country may not have lost $15 billion alone but maybe $50 billion’.”

Masimirembwa admitted before the committee that no exploration had been done to determine the value of the diamonds in Chiadzwa, before the signing of the joint venture agreements.

The report also states that the former Permanent Secretary of Mines, Francis Gudyanga, had told the committee that the story of the diamond revenue would never be told in full because of the secret nature of some of the operations of the companies involved in the diamond mining operations in Marange.

“In essence, Professor Gudyanga was acknowledging that the country lost revenues, and the recovery and accounting of such money will require the support of both international and local law enforcement agencies given the intricacies involved in the diamond sector,” notes the report.

“The committee highlighted it would be difficult to recover the missing diamonds revenues from the evidence received from the stakeholders. Many beneficiaries get involved to ensure that the truth never comes out.”