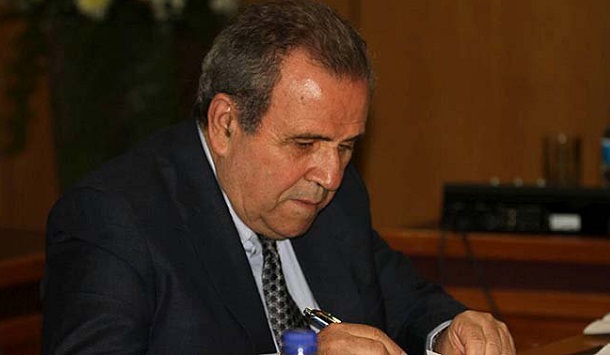 QUESTIONS are being raised over Karo Resources Limited’s US$4,2 billion platinum investment deal signed by government last month as it emerged that the company has a dodgy background and dual registration in Cyprus and Guernsey, a tax haven blacklisted by the European Union (EU).

The situation is made murkier by disclosures that its chair Loucas Pouroulis has previously been investigated by South African authorities for alleged commercial crimes.

It has also emerged Pouroulis is a well-known speculator who in 2005 made a fortune after acquiring South Africa’s Impala Platinum subsidiary Elandsfontein Platinum Project for US$15 million before selling it two years later for US$1,1 billion to Xstrata.

Cyprus-born Pouroulis is also the executive chair of South Africa-based mining company Tharisa which has a large-scale chrome and platinum mine in South Africa’s North West province. Zimbabwe has the second-largest known platinum reserves after South Africa. The Zimbabwe government has not revealed finer details of the US$4,2 billion deal, including who Karo’s local partners are, raising fears the arrangement could be as opaque as the Chiadzwa diamond mining contracts which resulted in the country losing possibly billions in revenues through corruption and looting.

The Marange diamonds deals did not benefit the country much, although senior government officials, military and police bosses and investors made a killing.

The shady platinum deal, regarded as the largest to date in the mining sector, was signed last month by at President Emmerson Mnangagwa’s Munhumutapa Offices in Harare by Mines minister Winston Chitando and Pouroulis. The ceremony was attended by Mnangagwa, Vice-President Kembo Mohadi and other senior government officials.

Investigations, however, show Karo Resources is not only registered in Cyprus, but is also domiciled in Guernsey, a tax haven blacklisted by the EU in December last year.
Guernsey is a Channel Island in the English Channel near the French Coast. It is a self-governing British Crown dependency.

A tax haven is a country or place that offers foreign individuals and businesses minimal tax liability in a politically and economically stable environment, with little or no financial information shared with foreign tax authorities.

The proposed Karo Resources mine in Zimbabwe will be located in the Mhondoro-Ngezi area. The deal includes the establishment of a 600MW thermal power station in Matabeleland North and chrome mining. Officials say the project will create 15 000 jobs.

It is not the first time that Karo Resources has tried to invest in the country as it expressed interest in platinum mining in 2013. Pouroulis wrote to then Mines minister Obert Mpofu seeking permission to mine platinum on land which was acquired from Zimplats. Government had gazetted the acquisition of the ground previously held by Zimplats.

At the signing of the deal, Mnangagwa said the project should have been concluded six years ago when he took Pouroulis to former president Robert Mugabe. He claimed that did not happened due to corruption and bureaucracy.

In a letter to Mpofu, Pouroulis said: “We have noted with great interest your announcement of 12 February 2013 regarding the repossession of 27948 hectares of land from Zimplats for allocation to new investors. Through this letter, I would like to re-affirm Karo Resources Ltd’s desire, commitment and technical and financial ability to invest in Zimbabwe’s platinum group metals (PGM) mining sector.

“The development of the project would entail an estimated US$4 billion capital investment, with the operations estimated to generate annual profits of US$1 billion, with significant concomitant tax and royalty payments to the Republic of Zimbabwe.”

In January this year, Pouroulis’s son Phoevos met Mnangagwa, two months after he took over the country’s leadership from Mugabe following a military coup. Pouroulis told reporters at the time the purpose of his visit was to seek investment opportunities in the country.

However, in 2011 the state-controlled Herald warned Zimbabwe had been warned of dubious investments, including that of Pouroulis after his company Kameni was reported to the South African Police Service’s commercial crimes unit for “false claims”. The company had then been trying to raise seed capital for its projects in Kalkfontein and Great Dyke in Zimbabwe.

The Herald – which usually reflects the official position, then went on to give an example of Pouroulis investments. “For instance, Kameni, a South African platinum developer led by Mr Lucas Pouroulis, is under investigation by the Johannesburg Stock Exchange (JSE) and the South African police. The company is facing allegations of raising millions of rands of seed capital from investors by falsely claiming ownership of part of the Bokai platinum reserves on the Great Dyke in Shurugwi and Tamboti in South Africa,” it wrote.

“Without any legal document to back up its claim on Bokai, Kameni has falsely claimed rights over the Shurugwi platinum belt. Kameni claimed that it was the holder of the mining claim in December 2008, and revealed plans to raise R6,5 billion on the Johannesburg Stock Exchange (now just JSE) for the development of platinum and chrome mines in Zimbabwe and South Africa.”

It was also reported that on March 5 2009 Kameni announced that “it had raised R300 million which was its minimum capital raising requirement in seed capital to fund its exploration programme in South Africa and Zimbabwe”.

Kameni, it is said, further advised that its two major assets, the near-surface Kalkfontein (Tamboti) PGM project in South Africa and the surface PGM and chrome Bokai Project in Zimbabwe, lend themselves to rapid exploration, development and cash-generating mining.
Reports show that despite its claims on the JSE, Kameni had at that time not set foot on Bokai in Shurugwi. Attempts at geological exploration work by Kameni’s Zimbabwean subsidiary, Mid-Ma, had failed when within weeks of its raising millions of rands from investors. Mid-Ma geologists were arrested on Todal claims in Shurugwi, and their diamond drill rigs were impounded.

Against this background, fears abound that the US$4,2 billion deal signed recently could either a speculative venture at best or simply a dodgy undertaking.