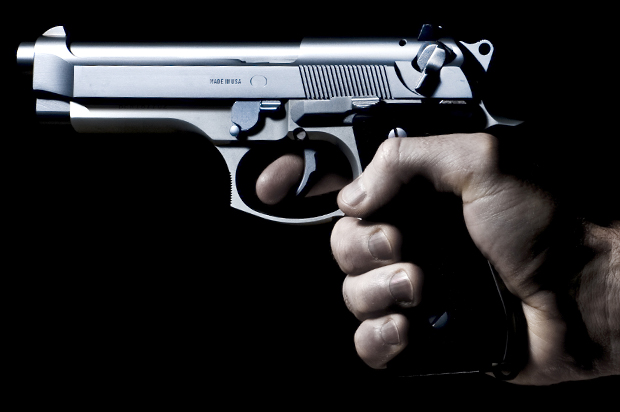 MAXWELL Matembudze, a village head in ward 23, Chief Nyakunhuwa area in Zaka was shot dead by police last week after he reportedly resisted arrest for robbery.

Matembudze was among five suspected robbers who allegedly raided Lundi business centre on February 11 and robbed two businessmen Munyaradzi Zizhou and Arnold Ncube of a combined US$20 000 and cellphones.

“One suspect was shot and died after he tried to attack the police who had gone to arrest him. A number of electrical gadgets including cellphones, laptops and television sets were recovered at his home,” Dhewa said.

Police sources said on February 11, police manning a roadblock at the 167km peg along the Masvingo-Beitbridge Highway stopped a truck for regular search.

“The driver of the truck disembarked from the truck for the police to search but four unidentified males jumped out and ran away. The police gave chase and one of them dropped a satchel which was then picked up by the police,” the source said.

On searching the bag, the police found a lockdown travel exemption letter which had Matembudze’s name among other documents that indicated he was part of a mining syndicate.

On Saturday, police established that Matembudze was from Zaka and investigations led them to his home where they arrived around 2100hrs.

“They knocked and identified themselves, then the deceased’s aunt identified as Chiedza Matembudze came out and talked to the police during which Matembudze is said to have come out and charged towards the police. They fired some warning shots, but he continued and this prompted the police to shoot him.

He was taken to Msiso Mission Hospital where he was pronounced dead upon arrival. – TellZim