Villagers in Masvingo Central Constituency want the local authority to construct a new bridge over Mutirikwi River as the old one has become obsolete. 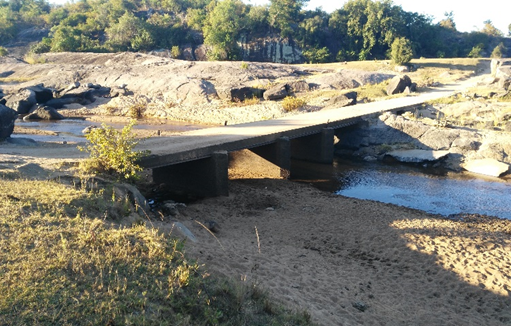 Speaking to ward councillors, traditional leaders and public officials during a community engagement programmes facilitated by COTRAD in Masvingo Central Constituency, the villagers said the old Mutirikwi Bridge was defunct. “Many people are losing their lives while trying to cross the flooded low-lying bridge to and from Chenhuwe Business Centre, Shonganiso, Zivezano Schools and other local areas,” said Mr Chineka a COTRAD peace committee member.

The villagers urged Masvingo RDC to channel funds meant for plough back- towards the construction of a new bridge. The villagers expressed that the construction of a modern bridge will be a positive move to the people who have been endangering their lives for long. During rainy seasons, the Mutirikwi river usually floods and submerge the bridge, forcing the residents to use longer routes to access local communities and Masvingo town.

The Masvingo RDC should prioritize and attempt to improve services and infrastructure in rural areas. It is enshrined under section 276 of the constitution that, the rural district councils should raise sufficient revenue for them to carry out objectives and responsibilities in areas of their jurisdiction.