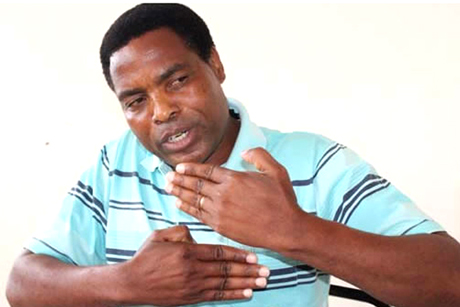 Sibanda said this while addressing a Zanu PF rally at Mkoba Stadium in Gweru at the weekend where he told party supporters that violence was evil and should not be tolerated in Zanu PF.

The country is set to hold by-elections to fill 28 parliamentary and 127 council seats on Saturday.

He also said tribalism was detrimental to development.

Zanu PF has been accused of perpetrating violence during the run-up to the elections.

On February 27, Zanu PF supporters disrupted a Citizens Coalition for Change (CCC) rally in Kwekwe where an opposition activist, Mbongeni Ncube, was killed while 17 others were injured.

“Violence is an evil that we can never tolerate in Zanu PF.  It is our duty to defend our country through democratic elections.  Let us shun tribalism because it has no room in a democracy,” Sibanda said.

“We have power as Zanu PF and that power comes with great responsibility. Let us unite as a party because this party belongs to us all.”

Sibanda, who was expelled from Zanu PF during the late former President Robert Mugabe’s era, said the ruling party should maintain its cell structures.

He also urged Zanu PF to allow party members with potential to rise through the leadership ranks.

He urged the youth to desist from drug and substance abuse, adding that they were not only detrimental to health, but that they were retrogressive to the development of the country.

The rally was meant to drum up support for the Zanu PF Mkoba constituency candidate William Gondo ahead of the by-elections scheduled for Saturday.