‘Voters roll is in shambles, unusable’ 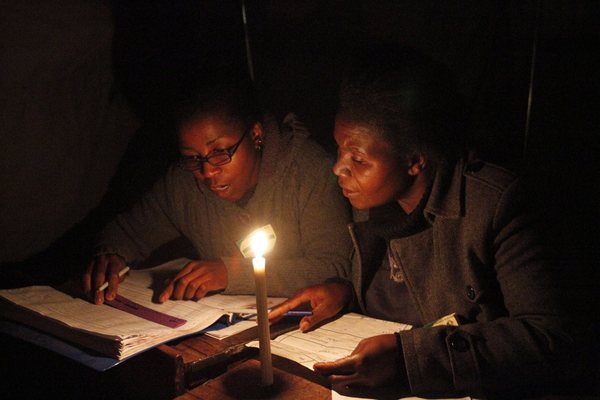 THE voters roll which will be used by the Zimbabwe Electoral Commission (Zec) in the Saturday by-elections is shambolic, with an unacceptably high margin of error of 27%, watchdogs have said.

Activists Team Pachedu, who have been analysing the voters roll released by Zec and comparing it to the 2018 version, pointed out that the 27% margin of error was much higher than Zec’s self-imposed 10%.

“The Constitution of Zimbabwe states that Zec must ensure the proper maintenance of voters rolls. One vote can win an election, therefore, Zec should not hide behind an illegal and non-existent 10% error excuse, but it must strive to create an error-free voters roll.

“You said that 10% margin of error is your limit, however, since the anomalies that we discovered in the voters roll are over 27%, which is almost three times above the limit, what are you going to do as Zec?” Team Pachedu tweeted yesterday.

Election Resource Centre (ERC) programmes manager Solomon Bobosibunu said while a voters roll could never be perfect, the margin of error should be low so as to avoid disenfranchising voters.

“Personal details in a voters roll must be correctly captured because these are the details that result in someone failing to either vote or access the polling station because the details will not be correct. If these errors are more than the threshold that allows people to vote, then that election might likely be compromised because if we have so many people being turned away then ultimately  you have a lot of issues  and a lot of problems,” Bobosibunu said.

“In that regard, an election cannot go ahead when there are extensive errors on the voters roll particularly on the personal details, the full name, the surname and the identity of the person, these are critical pieces of information,” he said, adding that details in any voters roll should be closer to 100% so that people can vote.

“The commission is alive to that a voters roll is a moving document, but Zec must not make it difficult for those people with the details that have some errors to access the voting process because that will also compromise the  freeness and the fairness of the election because it is not  at the voters  discretion that these details may not be correct.”

The Electoral Act (Chapter 2:13) as provided for in section 21(7) prescribes that where a voters roll is provided in electronic form ….., its format shall be such as allows its contents to be searched and analysed.

Legal expert Alec Muchadehama said the electoral law demanded that the voters roll should be as clean as possible.

He said section 35 of the Electoral Act gave Zec powers to correct any errors on the voters roll to ensure it is as clean as possible.

“When any election is due Zec must register as many people and take the necessary measures to make sure that people registered are given an opportunity to inspect the voters roll and confirm that their names  appear in the ward and constituency which they want to vote in.  Zec must be able to clear all possible anomalies,” Muchadehama said.

He said in 2008, Zec gave the MDC a voters roll that was encrypted without giving it passwords to enable it to scrutinise it.

“In 2013, the MDC went to the polls without the voters roll, and now in these elections no one knows which voters roll Zec says it is using.  We are now  going towards the 2023 elections and we do not know how Zec intends to clean up this voters roll so people can raise their concerns. The issue of the voters roll has always been contested,” he said.

In a statement, the opposition Citizens for Coalition of Change (CCC) said: “Zec has already exhibited worrying tendencies, including the use of a discredited voters roll, a lack of transparency and failure to consult stakeholders sincerely. The citizens will vigorously defend the vote. Important lessons have been taken from the 2018 election and the citizens will have adequate polling agents and safeguards to guard against rigging.”

But Zec spokesperson Jasper Mangwana said he was not aware that the voters roll had a 27% margin of error.

Meanwhile, former Zec director for information communication technology and voter delimitation, Pamela Mapondera, who was dismissed together with other officials for allegedly leaking the voters roll to Team Pachedu, has dragged the electoral body to the Labour Court demanding reinstatement.

Mapondera, through her lawyer Ephraim Ndhlovu of Mabundu and Ndhlovu Law Chambers, cited Zec and its chairperson Priscilla Chigumba as respondents. She maintains that she was unlawfully dismissed.

In her application for review of the termination of her employment contract, Mapondera, who worked for Zec for 14 years, states that her employment was terminated without giving her a chance to stand before a disciplinary hearing.

“I was suspended and without allegations and a disciplinary process, I was served with a dismissal letter for misconduct.”

Mapondera said on February 11 this year, while lawfully and competently discharging her duties, she was served with a suspension letter, saying to the knowledge of Zec she discharged her duties incompetently.

She was suspended for 21 days without salary and benefits and was told that they will communicate with her.  However, after the 21 days elapsed, there was not communication.

“On March 9, 2022, I was then served with a letter terminating my employment contract…”

She said the letter stated that a resolution was made by Zec to dismiss her.

Mapondera wants the courts to set aside Zec’s decision to fire her and for the commission to reinstate her to her former position without loss of salary and benefits.

She was fired together with other Zec officials accused of leaking the voters roll to Team Pachedu.