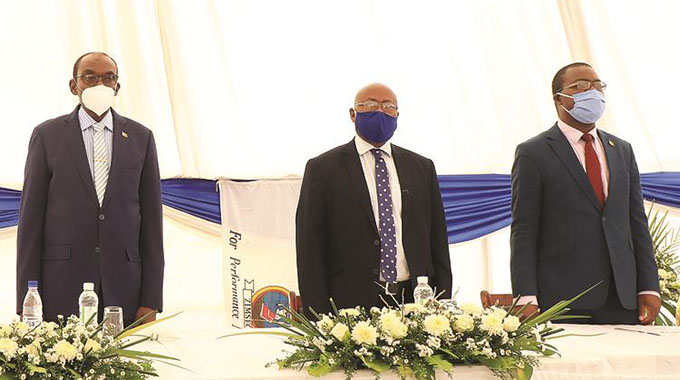 The operations and tight security at the Zimbabwe School Examinations Council (Zimsec) printing press in Norton have been described as efficient ahead of next month’s public exams.

Vice President Kembo Mohadi toured the facility yesterday to acquaint with the processes and procedures of the Zimbabwe Assessment System.

VP Mohadi talked of the importance of the education sector, which is expected to play a key role in the country’s quest to attain an upper middle income society by  2030.

“Government attaches a high level of importance to this facility, the Zimsec Printing Press, as we seek to replace the colonial education structure and its attendant facets with such values that promote the industrialisation and modernisation of Zimbabwe,” he said.

“This printing press enhances the efficacy of the assessment tool that links the competency-based curricula at the basic levels of our education with the objectives of education 5.0 at the tertiary level.

“Both the competency-based curriculum and education 5.0 seek to engender an education system that produces goods and services for the betterment of our people.

“The competency-based curriculum and education 5.0 develop a complete citizen, a well-rounded person who has unhu/Ubuntu and capable of research and innovation that fosters creativity and industrialisation for our country.”

Some Members of Parliament and senior Government officials were also part of the delegation. At the end of the tour, Minister Mathema said ZIMSEC had employed modern security to ensure the privacy and security of examination material was maintained.

He said measures had been put in place to avoid leakages of the examinations and to insulate the credibility of examination processes.

Public examinations are expected to start on December 1.