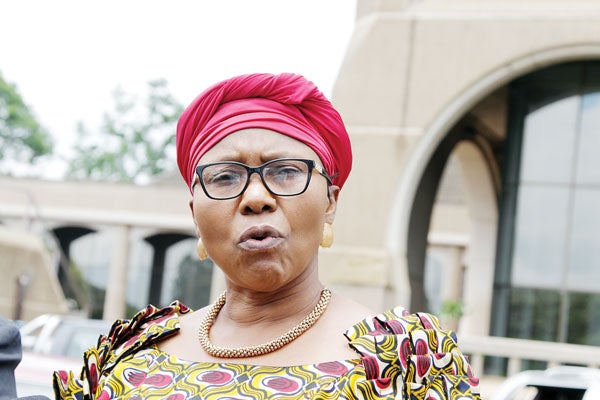 A CONFERENCE in honour of President Emmerson Mnangagwa turned into a nightmare for hundreds of war collaborators who had to sleep in the open on empty stomachs and without water after organisers failed to raise funding for their upkeep, NewsDay can reveal.

The war collaborators under the Zimbabwe Liberation War Collaborators’ Association (ZILIWACO) from the country’s 10 provinces had gathered in Gweru for a conference to “thank” the Midlands province for providing its “son” Mnangagwa to take up the role of leading the country after the fall of former President Robert Mugabe.

Mnangagwa, who was billed to grace the event, snubbed the conference and party officials said the war collaborators will now have to travel to Harare to meet the President.

NewsDay gathered that the majority of the ageing war collaborators slept in the open at the Zanu PF International Conference Centre after failing to secure accommodation at designated public institutions like schools and colleges.
The venues had been occupied by athletes attending the Zimbabwe National Youth Games, while the party could not afford to pay for accommodation at lodges and hotels in the city and surrounding areas.
“On top of sleeping in the open, there were also challenges in securing water to bath and the party did not also provide mobile toilets for us at the venue and it was just a disaster,” a delegate from Matabeleland North said.
The furious delegates also learnt that there was no food provided by the party at the conference.

Oppah Muchinguri, the Zanu PF national chairperson and Defence minister, who is also responsible for the welfare of war veterans and war collaborators, acknowledged the logistical nightmare faced by the delegates during her speech.
“I know that you came on Friday and did not sleep on comfortable places. Some of you did not bath and you also did not get food. However, due to the love of your party Zanu PF and our leader President Mnangagwa, you remained steadfast. You are also still jubilant. That is the spirit we want in the party,” she told the war collaborators on Saturday.

Mnangagwa, who was supposed to be guest of honour, did not show up despite the presidential guard mounting tight security in anticipation of his arrival.

Other State security organs also frisked people entering the venue and the presidential motorcade was spotted in the city, but the President was nowhere to be seen.

Pupurai Togarepi, the Zanu PF secretary for youths and chairperson for ZILIWACO, attributed the logistical challenges to a sharp rise in prices of commodities a week before the meeting.

“President Mnangagwa has told us that we should now meet him in Harare. So we will organise another day to meet him. Just last week, prices of commodities, especially fuel rose sharply and this is the reason why we had challenges and some of the delegates could not even afford to come,” he said.