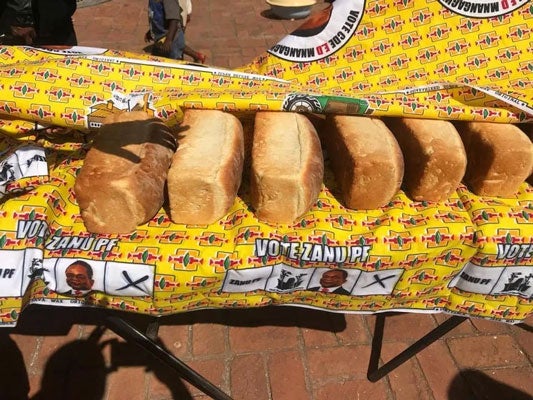 A project by Bulawayo-based war veterans to produce “affordable” bread using Dutch ovens has been described as a waste of time since it has no capacity to meet the city’s demand for the commodity.

ZNLWVA Bulawayo spokesperson Christopher Sibanda said they started producing bread on the day of the launch after receiving a donation of wheat from Provincial Affairs minister Judith Ncube.

“We have already started baking bread and we have groups of 10 people who work, so they take turns in working…on the day of launch bread was being sold for ZW$ 5,” Sibanda told Southern Eye on Sunday on Thursday.

“We have the capacity to produce cheap bread compared to what other confectionary companies are charging,” Sibanda said.

He was, however, evasive on the number of loaves they intend to produce per day from their bakery.

The price of bread, like other basic commodities and services, has been skyrocketing as producers cite inflation and a harsh operating environment.

A fortnight ago one of the confectionary giants, Bakers Inn reduced the price of the commodity from $15 to between $14 and $14,50.

Bulawayo commentator Reginald Shoko doubted that the war veterans’ project will be a solution to the ever rising cost of bread..

“Bulawayo needs over 10 000 loaves of bread a day, their oven is operated manually so this won’t help the community because their production will be too low,” he said.

“Even if their bread is cheaper, the demand will be high. Can they meet a demand of more than 10 000 a day?” Shoko questioned.

Shoko said the oven did not have the capacity to meet the demands of the Bulawayo community and likened it to a teaspoon in an ocean..

The project comes two months after more than 100 residents including war veterans underwent training on how to make bread in Bulawayo using Dutch ovens as part of Zanu PF’s empowerment projects.

President Emmerson Mnangagwa has said the party wants to construct makeshift traditional bakery ovens in every ward in the country to compete against “profiteering” bread companies.