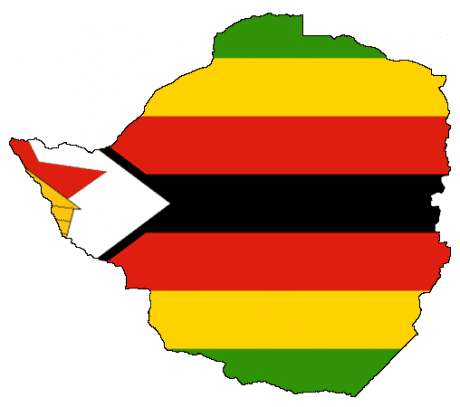 ZIMBABWE is again back in the jaws of policy inconsistency and discord, which characterised the late president Robert Mugabe’s administration, pushing away foreign direct investment as a result, analysts have said.

The policy inconsistency is more pronounced in the Ministry of Finance and Economic Development; a key department in the country’s economic growth.

For instance, central bank governor John Mangudya recently announced that a new set of bank notes and coins would be introduced tomorrow and would circulate alongside bond notes and coins.

Mangudya said the money, which consists of $5 notes and $2 notes and would be introduced gradually to prevent driving up inflation.

But Finance minister Mthuli Ncube told the media at a post-Cabinet media briefing in Harare recently that the new bank notes do not represent a new currency.

“This is not a new currency. We already have a currency which is the Zimbabwe dollar.

“All that is happening is a cash injection that is absolutely needed to ease the cash shortages and also to reduce transactions cost,” he said.

The new notes, have similar features with the bond notes already in circulation. The only exception is that the “new” ones are not written “bond notes”.

Statutory instruments on monetary policy are issued on a quarterly or monthly basis, countering each other to the amazement of investors.

Although the government banned the use of foreign currency for domestic transactions, petroleum companies, chrome miners, non-governmental organisations, embassies and multinational corporations operating locally can use forex for local transactions.

This also applies to payment of import duty for the importation of certain commodities classified as luxuries by the government.

“It’s not good for the economy. We say something on camera and we do something off camera.

“We still have significant policy inconsistences within our economy and by so doing we are chasing away capital.

“Capital reads what is on the ground. It has to be attracted,” economic analyst Persistence Gwanyanya said.

“Policy inconsistency must change as a matter of urgency.

‘What is more worrying is that it happens everywhere in government and it speaks of our failure to deal with economic fundamentals.

“We do trial and error a lot.”

Gwanyanya said there was need for government to extensively consult before coming up with a policy.

“When we are planning, we should have people in mind. We are not moving as one people,” he added.

“There is lack of oneness in the country. When people are divided, there is nothing you can do.”

“It creates an environment that is not stable, unpredictable and obviously, close to impossible to plan around it,” he said.

“Hence, in the past and currently, we have been attracting investors with questionable records because naturally they are risk takers and thrive in such environments but they don’t really have a desired impact that will help steer the economy growth.

“The issue of confidence and trust deficit will take a longer time to address; it would take more laws but require some form of a social contract that has a buy in across all economic players to lay the foundation of building confidence.”

In some of his writings, Victor Bhoroma, an economic analyst said apart from the regular central bank policy ultimatums, Zimbabwe’s history was marred by policy inconsistency in almost every economic sector.

Bhoroma cited the heavy-handed implementation of indigenisation policy on selected commercial entities since 2008 and its overhaul in November 2018, introduction and removal of the Stem initiative in education, awarding and cancellation of roads and infrastructure tenders and amalgamation of diamond mining entities by the previous government before re-licencing them individually in 2019.

He also singled out land expropriation and the frequent threats to seize selected farms by government officials despite promises of protection of property rights, back and forth on the alignment of various laws to the 2013 constitution, re-engagement with western countries and threats to cut ties with the United States

“One can write a voluminous book on policy inconsistencies and poor succession planning in government yet there are no lessons learnt from previous experiences,” Bhoroma wrote.

“Yesteryear blunders are repeated, while failed policies from years back are dusted and tabled as new policies without any due diligence on why they failed initially.

“Sound government policies are suspended not because of their demerits to the economy but for political reasons.

“The authorities expect businesses and the market at large to adjust immediately and adopt the new policy direction without any considerations on the impact to economic production or financial losses.”

He said policy consistency wass a fundamental piece to the economic puzzle, without which it becomes difficult to attract both domestic and foreign investment.

Zimbabwe’s foreign direct investment inflows averaged US$350 million in the last decade against a Sadc regional average of US$1,2 billion.

Despite the abundance of natural resources and massive opportunities in the local market, Bhoroma said investors shy away from Zimbabwe and invest in countries that may have limited resources.

He said the government is a key player in the economy and its policies chart the path to economic progress, but an economy has various players in the value chain that derive utility from interconnected relationships to other sectors.

“A major policy pronouncement in agriculture does not affect agricultural production alone but the entire economy,” he said.

Bhoroma said the same can be said about all the central bank directives in the financial sector, announcements on petroleum and energy, salary adjustments in the civil service, prosecution of corruption cases, the upcoming fiscal budget review and privatisation of state enterprises and parastatals among other topical policies or government interventions at the present moment.

“There is an urgent need to separate key institutions such as central bank operations (monitory policy) from political decisions,” he said.

“It is also vital for the government to consult key stakeholders and practice due diligence before announcing market defining policies today before changing direction tomorrow.