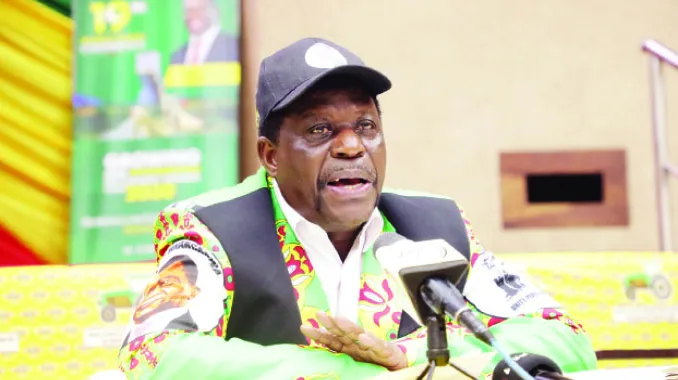 BY PROBLEM MASA
NEW rules set by the ruling Zanu PF party for the maiden Veterans of the Liberation Struggle League elective congress have irked some of the former liberation fighters.

The war veterans are unhappy about the guidelines for the election of the league’s leaders.

Zanu PF has moved to incorporate war veterans into its structures through the formation of a liberation struggle league.

The Zimbabwe National Liberation War Veterans Association comprises of those who participated in the war of liberation, ex-detainees, non-combatants and war collaborators.

Zanu PF political commissar Mike Bimha said only those who were involved in the actual fighting (combatants) will hold the positions of chairpersons and secretaries.

“Owing to the unique composition of the veterans league, the posts of chairpersons, secretaries for the commissariat and security shall be reserved for actual fighters,” Bimha said, adding that half of the seats were reserved for the actual fighters, while ex-political detainees, non-combatants and war collaborators will have to share the remaining half.

Bimha also said those who fought in the war from the women and youth wings can also contest for positions in the war veterans’ wing.

However, some Zanu PF politburo members said the guidelines were segregatory.

“I have received calls from ex-detainees and war collaborators who feel side-lined by the proposed rules. There are people in the politburo who did not go to war, but hold powerful posts,” the member said.

The Veterans of the Liberation Struggle Act acknowledges that those who contributed to the war of liberation by being fighters, war collaborators or ex-detainees should benefit.

War veterans chairman Christopher Mutsvangwa said the association was happy to be an integral party of Zanu PF.

The elective congress is scheduled for next month.