Was transitional government not best solution for Zim? 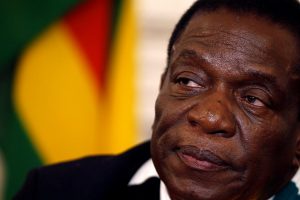 Source: Was transitional government not best solution for Zim? – The Zimbabwean

It is eight months since Emmerson Mnangagwa was installed as President. In the next few weeks, he could be sworn in again. This time as an elected leader after scrapping through the skin of his teeth with a “landslide” 0,8% margin.

But we await the MDC leader’s Concourt challenge before we know who really won.

But, nevertheless, this election has cost millions of dollars in campaign preparation and six lives, not to mention broken limbs. And it has cost us another round of Zidera sanctions.

But was it worth it at this point in our sordid history? As others suggested in the aftermath of last year’s coup,  Mnangagwa should have brought together a transitional government composed of Zimbabweans of different political, social and economic backgrounds. And if he had done so, we wouldn’t be in this mess. We would be miles ahead of ourselves. Diasporans would be scrambling on the next plane back home, investors would be beating a path to our door, and everybody would be happy. But no, trust ZanuPf to grab the chance to make life difficult for everyone once more. If Bob can “did” it, so can ED (they argue)!

Our leaders seem to have a penchant for shooting themselves in the foot;  just after probably the most peaceful election since 1980, they decide to shoot unarmed civilians literally right before the lenses of the international media and direct glare of international observers! You can’t make this stuff up; we are good at being bad. As if that’ not enough, our junta actually denied their soldiers killed people!

Once more, our land is the Wild West of Southern Africa!

Even if we’re not in the Guinness book of records, but our records speak for themselves. We’re the same country where some of our leaders once claimed compensation for as much as 100% disabilities! The same country which claimed they had discovered 25% of the world’s diamonds and whose revenue of $15 billion couldn’t be accounted for.

Need I go on? Yep, the same country whose leader’s Look East policy meant going to the Far East for his annual holiday or for routine medical check-ups. The same government whose ministers once grovelled before a semi-literate sangoma who literally baptised them with diesel that oozed from a rock! She claimed this special diesel would end the country’s fuel shortages ravaging the nation at that time! One of the grovelling ministers was later promoted to intelligence minister while the other would later be given a white hankie by a prophet who prophesied that he would one day take the crown (i.e., become Mugabe’s heir). But the prophecy wasn’t really disappointing: the said minister became Vice President of  the new dispensation!

The fact is that the ZanuPF leadership is incapable of coming up with ideas needed to resuscitate our moribund economy. Signing several megadeals per day with China is just about the best they can do. We have yet to eat any of these megadeals, which were kick-started by former president, Robert Mugabe. And wearing a scarf in every engagement as the new leader does, must be some kind of erudite, intelligent thing to do.

And Zanu never tells the truth. For the past 38 years they’ve perfected the art of lying, so well they actually believe their own lies, even if they know they are lying.  And then you hear them reminding us about the values, principles, and ethos of the liberation struggle…

Sadly, some foreign diplomats are in love with Operation Restore Legacy, which is basically a restoration of Robert Mugabe’s Legacy. We’re in for the long haul.