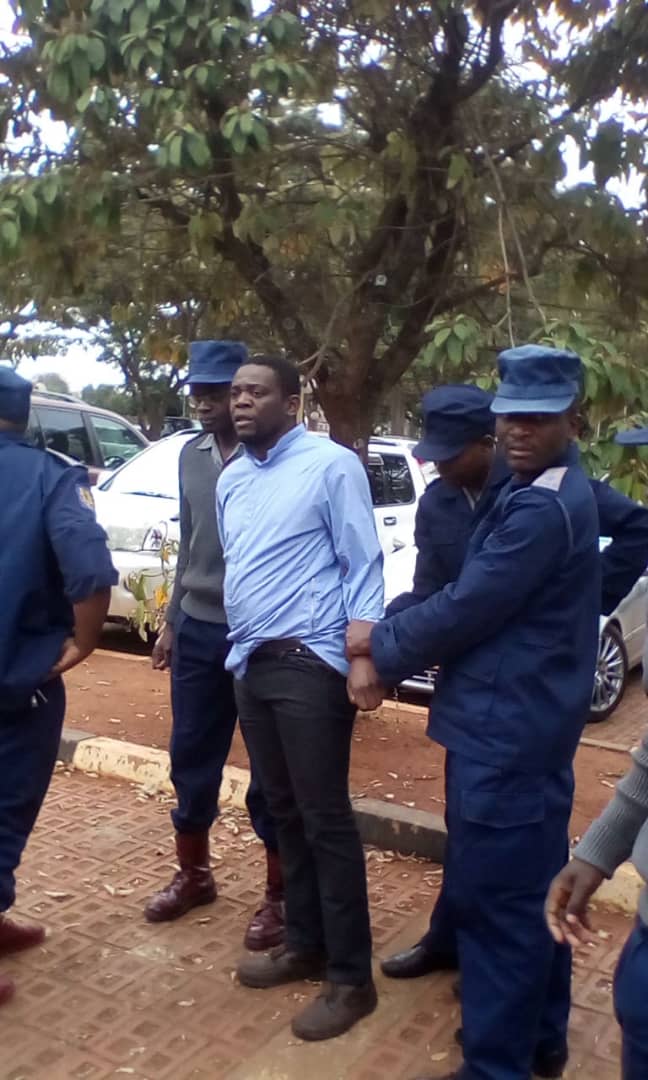 A Zimbabwean opposition presidential candidate has reportedly been arrested after he demanded the resignation of Justice Priscilla Chigumba from the Zimbabwe Electoral Commission (ZEC).

Chigumbu is the head of ZEC.

According to ZW News.com, the leader of 1980 Freedom Movement party, Dr Francis Danha was arrested during the signing of a peace pledge in Harare by all political parties participating in the forthcoming election.

Zimbabwe is set to go to the polls On July 30.

A video circulating on social media shows Danha being apprehended by the police after he disrupted the proceedings at the ceremony, claiming that Chigumba is “out of order”.

“She (Chigumba) is out of order. We are not going to accept Chigumba as the chairperson of ZEC… Chigumba shall not address us… All the political parties are saying no to Chigumba… Everything is in shambles… the voters’ roll is in shambles,” Danha can be heard saying in one of the videos posted to Twitter.

Wath the video below

According to BBC, President Emmerson Mnangagwa and his main rival Nelson Chamisa of the Movement for Democratic Change Alliance did not personally attend the event. They instead opted to send their representatives.

The signing of the peace pledge was intended to bring together all political parties and candidates in a renewed commitment to peace ahead of elections, the report said.