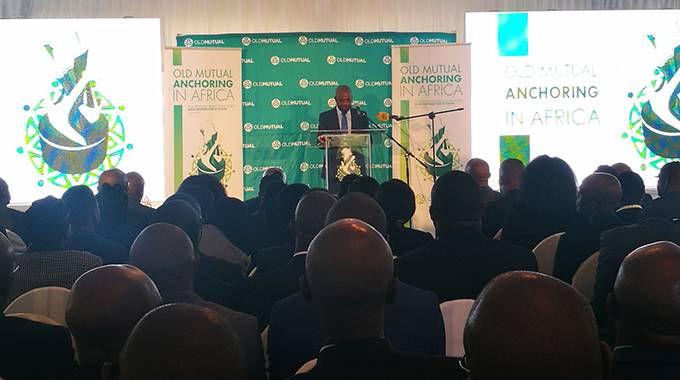 Old Mutual Zimbabwe has relisted on the Zimbabwe Stock Exchange (ZSE) as a part of a broader group strategy to focus its business in Africa.

Tawanda Musarurwa Business Reporter
Old Mutual Zimbabwe has relisted on the Zimbabwe Stock Exchange (ZSE) as a part of a broader group strategy to focus its business in Africa.

Today the group announced it has completed its primary listing on the Johannesburg Stock Exchange with secondary listings on the London, Malawi, Namibia and Zimbabwe stock exchanges. Old Mutual Zimbabwe has since commenced trading on the ZSE.

“The decision to anchor in Zimbabwe and Africa is the very same agenda that Government has been driving. The country’s development will be underpinned by both foreign and domestic investment in various economic sectors. We are glad Old Mutual is tangibly leading the way and showing that Zimbabwe is Open for business,” he said.

In March 2016, the group agreed to separate its four businesses into independent, stand-alone companies – the ‘Managed Separation’ – driven by the need to reduce costs and ensure efficient funding for its constituent companies.

In terms of the Managed Separation, the US-based Old Mutual Asset Management (OMAM) was sold, while the United Kingdom-based Old Mutual Wealth was rebranded as Quilter Plc and is now listed on the London Stock Exchange – with a secondary listing on the Johannesburg Stock Exchange.
The wealth management company was spun off Old Mutual Plc – a financial holding company that sold 165 million Quilter shares for around 231, 1 million pounds ($306, 4 million).