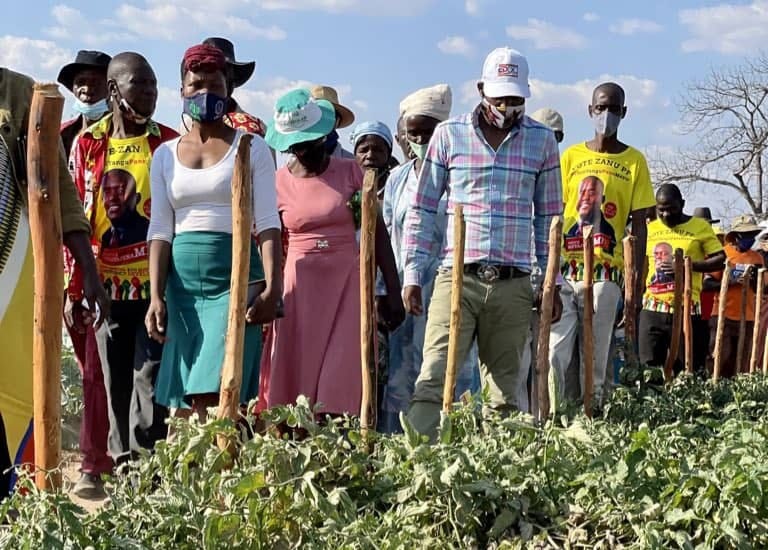 ELDERLY women in Gokwe-Nembudziya constituency have pleaded for assistance to end the water crisis which has become a threat to their thriving community gardens project.

Speaking during a tour of Zimbeva community garden in Ward 13 Gokwe-Nembudziya constituency last week, the elderly women whose families are benefitting from the projects said while they have huge potential to grow many vegetables for consumption and market, the water crisis that has ravaged the area was a major setback for them.

Local crops and livestock extension supervisor Farisai Machona said dozens of families were benefitting from the garden projects and pleaded for immediate assistance to draw water from a nearby dam for the benefit of the elderly.

Machona said: “They have vegetables in their gardens and we want them to diversify and also engage in poultry projects. This will assist in eradicating hunger in the area.”

Machona said the government has provided extension officers with motorbikes hence the easier access for them to monitor the projects and implement the Pfumvudza programme among other schemes.

“We are seeking assistance to be able to access water easily. As you can see, most of the women who are working on these gardens are struggling to walk long distances to get water,” Machona said.

Addressing villagers after touring the community garden benefitting hundreds of women in the area, local Member of Justice Mayor Wadyajena said he will immediately avail solar-powered pumps and water taps for the project that he described as noble.

“I will send borehole drillers here next week to start work on ensuring you get water close to the gardens. What we will also do is to ensure easier pumping of water from the dam,” Wadyajena said.

“I am also supporting this initiative as it is close to my heart. Garden projects have literally raised families out of extreme poverty. I will always champion community development programmes in the community,” he said.