We were overwhelmed, says Zec 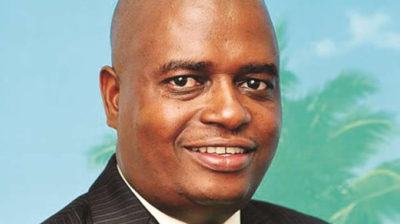 A Zimbabwe Electoral Commission (Zec) commissioner has claimed that the body was overwhelmed by the high number of candidates in last year’s elections so much that it ended up mixing up some results.

“In as much as Zec adopted two transmission routes, the collation itself was overwhelmed by the number of candidates in the tripartite election. There was an overwhelming amount of contesting candidates in some urban constituencies, for instance, in Pumula constituency, there were 21 MP contestants, 17 councillor contestants in one ward and 23 presidential contestants,” he said.

Zec announced a first set of results which was contested by MDC Alliance presidential candidate Nelson Chamisa at the Constitutional Court and the electoral management board later revised the results to correct the mistake.

Moyo said the commission was rushed by politicians who were circulating fake V11 forms and inciting the public to riot. He said Zec was forced to release results before all processes were complete.

“The overwhelming pressure that the commission met, clearly there was lots of pressure, there was pressure in terms of the compilation process of the results,” he said.

Zec has been accused of lacking independence with the MDC Alliance accusing the commission of manipulating results in favour of the ruling Zanu PF party.

Renowned lawyer and researcher Derek Matzysk said while Zec was listed as an independent commission, it was appointed by political players through the parliamentary Standing Orders Committee.