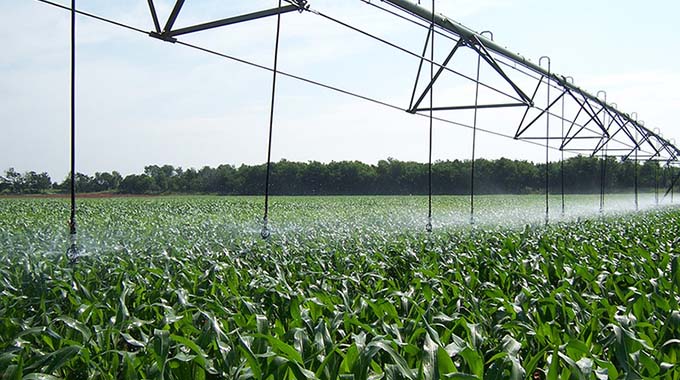 Mary Muradzikwa and Yeukai Karengezeka
Farmers have intensified preparations for the 2018-2019 summer cropping season and are unfazed by reports of a possible drought influenced by El Nino announced by the Meteorological Services Department last week.

The MSD said the 2018-19 rainfall season will be characterised by normal to below normal rains, which impact negatively on the agriculture sector.

Several farmers who spoke to The Herald at the Harare Agriculture Show, which ended on Saturday, said preparations for the farming season were at an advanced stage.

Some farmers have received inputs under the Presidential Inputs Support Scheme while beneficiaries of Command Agriculture have since registered for the programme. Some have started receiving fuel for land preparations.

An A1 Shamva cotton grower, Mr Rodrick Mafuse said: “We started preparing a long a time ago and we are going to plant our seed before the rains fall. We were already given seed, fertiliser and chemicals by suppliers.

“We recently heard that there will be El Nino and this might affect us if the seed does not receive water before it sprouts.”

“We usually sell to input suppliers who often times do not pay on time compelling others to do side marketing,” he said.

The tobacco farming season has already begun, with some farmers nursing the tobacco seed.

Mrs Nyarai Magora of Farm 136 Chitomborwizi in Chinhoyi, said some farmers had already nursed tobacco for this season.

“In terms of preparedness, we are safe because we were given inputs, so we do not face challenges during preparation and plantation,” she said.

Seed Co Zimbabwe urged farmers to make critical decisions like the actual cropping programme for the season, the choice of crop, varietal spread and fertilisers to be used considering the predicted drought.

“We are encouraging farmers to use new drought tolerant technology seed in this coming season,” he said. “Some farmers prefer to use PRIS 601, PGS 51 and PGS 61.

“We also give farmers technical advice on how and when to plant the new seed.”