What the Constitution says about elections – 6

Source: What the Constitution says about elections – 6 – The Zimbabwean 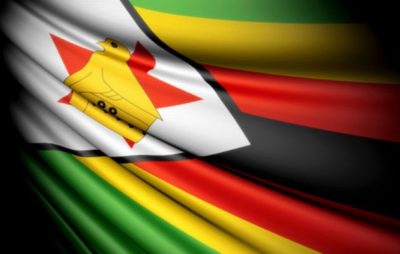 Our examination of the electoral chapter of the Constitution continues with Part 2 of chapter 7:

(a) thirty days before the expiry of the five-year period specified in section 143;

The principle here is to prevent any elected government from declaring a new election when they are momentarily popular, so that we are fooled into electing them for another five years (or less if they pull the same trick again) although, on balance, we may have been dissatisfied with them most of the time. Harold Macmillan pulled this trick in UK in 1959, by reducing the tax on beer during an unusually hot summer and calling an election before winter so that voters would remember him for cheap beer regardless of his other policies. Other British Prime Ministers have done the same but recently the UK parliament tried to remove this provision, so that elections are held only every five years with allowance for the same emergencies as in our Constitution

or (b) where Parliament has passed resolutions to dissolve in terms of section 143, ninety days after the passing of the last such resolution;

143 Duration and dissolution of Parliament

subsections 2 – 5 deal with the emergency cases  where parliament may be dissolved early, mainly if the government lose a vote of confidence and a new government cannot be formed by negotiations among existing MPs, but even in the one case where the President can dissolve parliament, his power is limited by allowing any MP to challenge this order in the Constitutional Court

All of this means that parliament can only be dissolved at the end of its 5-year term or with the consent of MPs. In the second case, next clause in section 158 states that an election must be held less than:

There is very little the President can do in this area without the consent of parliament, and if parliament proves unworkable, a new election must be held to elect a new parliament. But it is unlikely that any early emergency dissolution of parliament will occur this time.

And, in addition to the parliamentary election the Constitution provides for the harmonised elections, for Members of parliament and of local councils and for President, similar to what we saw in 2018:

This is not a general rule in all democracies. In the polarised state of our politics we need to consider two questions:

This just applies the same rules on filling seats that fall empty, by death or othewise, to parliamentary, local council elections and elections to any other elected official body. We have seen, in March, the last by-elections we are likely to see before the general election.

All of this spells out the rules that should be observed. I will say more later about the strengths and weaknesses of the safeguards in the Constitution and how likely it is that the result of the voting and counting processes will produce a government genuinely supported by a majority of the voters.

For the moment, we need to study these rules and watch every steo closely enough so that we can protest