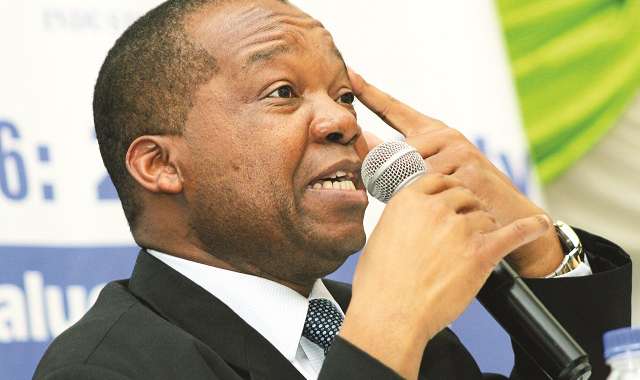 Enacy Mapakame Business Reporter
The Reserve Bank of Zimbabwe Governor  Dr John Mangudya yesterday said the wheat supply situation in the country was under control despite reports that six  millers had suspended operations due to shortages.

Dr Mangudya said the situation was “under control” as the central bank had put in place measures to ensure uninterrupted supplies of “essential imports.

The Grain Millers Association of Zimbabwe claimed  the Reserve Bank of Zimbabwe delayed the release of $12,5 million for importation of wheat resulting in depletion of stocks.

The millers said as of Tuesday this week, available national stocks had dropped to about 28 000 tonnes, against minimum three-month stock requirement of 114 000 tonnes. Zimbabwe requires 40 000 tonnes of wheat per month to produce 1,3 million loaves of bread per day.

According to GMAZ, the international supplier, Holbud is withholding a consignment of 30 000 tonnes in Beira, demanding payment upfront.

Only five millers, National Foods, Blue Ribbon Foods, Manyame Milling, Alphagrain and Central Millers were still operating but with stocks to only last four and a half weeks.

“We had been promised several times but till to date, payments have not been received, making our position with our bankers very bad even though we were the only company to fulfil the commitment by bringing around 300 000 tonnes during the drought period.”

GMAZ general manager Ms Lynette Veremu, in a letter to her chairman Mr Tafadzwa Musarara said while GMAZ’s Ecobank wheat account was adequately funded, the central bank had not released foreign currency to pay the supplier.

“I strongly recommend that you alert the powers that be of this predicament as the country is fast plunging into severe flour and bread stock-outs in the next few days,” she said.

GMAZ public relations officer Garikai Chaunza said wheat, together with fuel were in category one of the RB foreign payment remittance priority list but the former did not get much attention as the latter.

“Regrettably, fuel gets $21 million per week religiously but wheat is not getting a paltry $12,5 million per month for the entire national monthly requirements,” he said.

Further declines were experienced in the following years and these were attributed to the reduction in the area planted from 11 600 hectares in 2012, to around 8 500 hectares in 2013, as farmers switched to cash crops such as tobacco, whose profits per hectare are much higher.