Zimbabweans cling to hope even after years of silence from loved ones who have disappeared across borders. 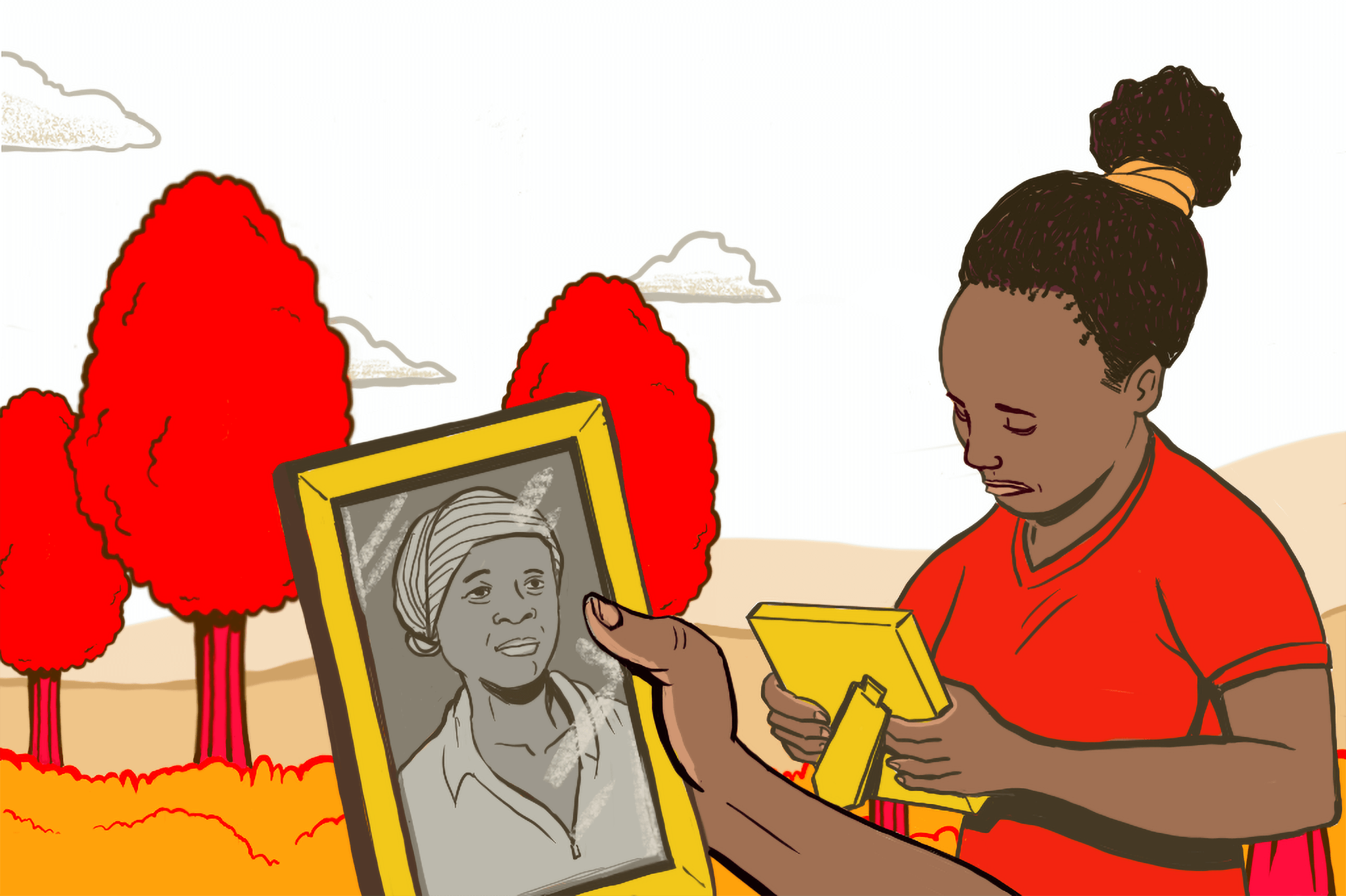 HARARE, ZIMBABWE — Blessing Tichagwa can barely remember her mother. Like hundreds of thousands of Zimbabweans, Noma Muyambo emigrated to South Africa in search of work, leaving baby Blessing, now 15, behind with her grandmother.

The last time they saw her was nine years ago, when Blessing was 6. Muyambo returned for one week, then left again — and has not sent any messages or money since.

“She promised she would return in April 2021, but she never did,” the teenager says. “Even her phone number doesn’t go through.”

Porous borders make it easy for Zimbabweans to emigrate — but this freedom of movement can also lead to tragic consequences. Of the millions who have left for South Africa and other neighboring countries since 2000, an unknown number have vanished: buried as unidentified bodies or silenced by illness, injury, detention, trafficking, economic insecurity or communication challenges.

“Some drown in rivers or are attacked by crocodiles, and others are victims of foreign hostility,” says Ario Memory Mugwagwa, public relations officer at Zimbabwe’s Department of Immigration.

Marie-Astrid Blondiaux, a coordinator for the International Committee of the Red Cross in Southern Africa, confirms that the number of Zimbabweans reported missing after migrating has been rising — including cases that are now more than a decade old. Families don’t know where to begin when their loved ones disappear in another country, she says, and most migrants haven’t prepared for communication challenges and emergency situations.

“I would advise migrants, including children, to learn by heart key phone numbers and to agree on a meeting point in case of separation,” she says. “You should also keep your family regularly informed about your whereabouts, especially when crossing a border. Tell them when you have reached your destination. Let them know you are safe and well, even if you don’t intend to maintain the contact in the longer term.”

The International Organization for Migration, a United Nations agency, also cites lack of documentation as part of the problem. In South Africa, home to Zimbabwe’s largest diaspora community, more than 84% of the estimated 1.7 million Zimbabweans are undocumented, according to 2018 data collected by FinMark Trust, a  South African nonprofit focused on financial inclusion. Inefficiencies and bureaucratic delays in passport applications, immigration control and border management mean that “even Zimbabweans with access to legal documentation resort to crossing the border into South Africa irregularly,” states a 2021 report by the IOM’s Missing Migrants Project.

Since her mother moved to South Africa, Blessing Tichagwa, 15, has lived with her extended family in Zimbabwe. She has not seen or heard from her mother in nine years. Photo-Audio by Linda Mujuru, GPJ Zimbabwe

Across Africa, the ICRC’s missing persons caseload had reached nearly 44,000 people in 2020, including migrants. The IOM’s Africa database has collected more than 11,000 cases of missing migrants since 2014, compared to fewer than 7,000 cases in the Americas during the same period.

Officials from both agencies agree these numbers only represent a fraction of a wider, undocumented humanitarian tragedy — one that reverberates globally, from Mexico to Myanmar, as migrants flee violence, poverty and natural disasters. For the families left behind, their grief and economic struggles from losing a breadwinner are compounded by judgment from neighbors and peers until they can confirm the fate of their loved one.

All she has left are old photographs and memories, and occasional words of comfort from her niece, Resta Jengwa. She traveled to South Africa with Deline but says they went separate ways soon afterward.

Although she has been unable to track down her cousin, Jengwa says long silences don’t necessarily mean something bad happened.

“For some, they don’t keep in touch with their family because they don’t want to be burdened by family problems back home and they just want to live their lives on their own,” she says. “While for others, it’s the issue of not having requisite documents like work permits, and if they go back home they might not be able to return for work.”

In 2016, the ICRC launched a pilot project to work with Zimbabwean families with loved ones believed to be missing in South Africa. Investigators found 47 migrants alive and helped them reestablish communication; 106 were identified among the thousands of “unknown” bodies in South Africa’s mortuaries and cemeteries. Today, the agency advises families to report missing migrants directly to the Zimbabwe Republic Police, which is working with South African authorities to continue these investigations.

In rural Masvingo, Conilia Chiwidziriro held out hope for nearly 20 years that her son George Chiremba would resurface after disappearing in South Africa. In 2016, she learned of his death from a friend who had witnessed the violent attack that killed him, but until the ICRC project confirmed the report last year, she preferred to blame his silence on the region’s poor infrastructure.

“When he left, there were no phones to communicate, only letters,” she says. “But he never sent one.”

Her grandson George has followed his namesake’s footsteps to South Africa but remains in contact.

“It pains me that I never met him, but I realized that there is nothing I can do about it,” he says of his father, by phone. “If he was around, maybe I could have finished school and had a better life, but I also had to come to South Africa to look for better opportunities and a better life.”

Some families get good news after years of searching. Cosmas Mafusire stopped responding to phone calls and emails from his family shortly after migrating to South Africa with his wife and son in 2007, but with help from the ICRC in 2019, he reconnected by phone with his niece, Marcia Mafusire. He blamed economic difficulties for his 12 years of silence, she says.

“We had a feeling that he was going through something because there was no way he would abandon us intentionally,” she says. “He was a breadwinner in the family.”

While rare, stories like this give hope to other families of missing migrants — even those who have been missing for more than a decade.

“In Zimbabwe, the state must develop a multipronged national strategy to prevent further deaths and disappearances, improve search strategies and support families of the missing,” she says.

Jane Muyambo, Blessing’s aunt, says they have four family members unaccounted for outside of Zimbabwe. Three of her sisters, including Blessing’s mother, vanished after leaving for South Africa more than a decade ago. Her only son, Ronald Razerera, disappeared at age 19, after crossing into Botswana 18 years ago.

“It’s painful. It’s hard for me to accept that I may not find or see him again,” she says. “Some nights, I hardly sleep and I get stressed from thinking about him.”

Blessing worries for her own future. Her mother’s fate remains unknown, and her birth father has never acknowledged her. For now, she lives with a cousin in Harare, but an aunt has urged her to leave school and return to their village to care for the grandmother who once cared for her.

“I envy other children when they are with their parents,” Blessing says. “This is something that may never be for me.”

Linda Mujuru is a Global Press Journal reporter based in Harare, Zimbabwe.