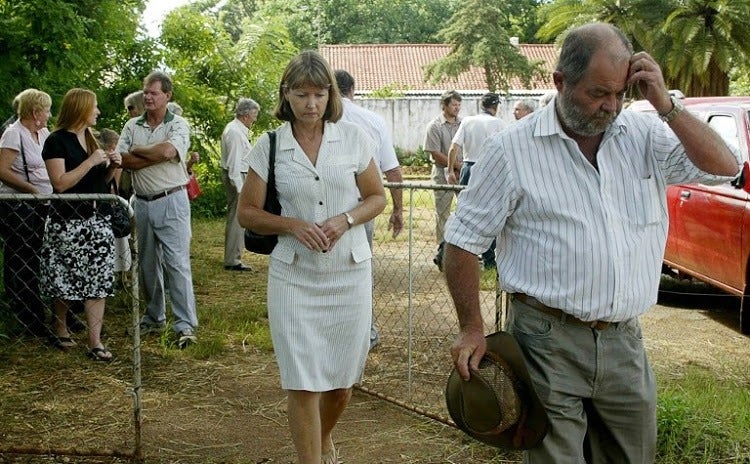 CHIPINGE farmer and retired Swiss banker, Richard Le Vieux, who has established a reputable business of exporting coffee, avocados and macadamia nuts for the past 30 years, appeared in court on Wednesday charged with failing to vacate part of FarFell Coffee Estate to make way for Manicaland Provincial Affairs minister Ellen Gwaradzimba’s son.

Le Vieux, director of Farfell Coffee Estate (Private) Limited, together with his company, pleaded not guilty to contravening section 3(2) ()a) as read with section (3)(3) of the Gazetted Land (Consequential Provisions) Act (occupying gazetted land without lawful authority) when he appeared before Chipinge magistrate, Farai Gwitima.

He was remanded out of custody to May 29 for continuation of trial.

“I arrived at the magistrate court to collect summons only to learn that, in fact, I will be on trial and I had no legal representation,” Vieux said.

Vieux is set to be represented by Harare lawyer Norman Mugiya.

In a warned and cautioned statement recorded by one Assistant Inspector Makovere at Chipinge Rural Police Station, Mbudzana (40) believes that the white commercial farmer was unlawfully occupying the land.
“I know the accused person, namely Richard Le Vieux as a director of Farfell Coffee Estate referred as the first accused person. On January 10 2019, I successfully applied for A2 model resettlement and I was allocated land by the acquiring authority at Lot 1 of Farfell Coffe Estate, Chipinge, measuring 229,400 hectares through an offer letter,” the letter read.

“I immediately approached the provincial lands officers who took me to the said land. I was shown the boundaries of the farm physically against a respective map which I also now see before the court as exhibit.”

He said Vieux refused to vacate the land on January 17.

Gwaradzimba has been accused of using her political muscle to facilitate the eviction of over 350 families at Zengeni Farm in Mutasa district where she reportedly has interests. The families recently received eviction notices from the Lands ministry to vacate the farm in Penhalonga.

Gwaradzimba also occupies part of Zengeni Farm and is reportedly eyeing to extend her land by driving out the villagers who have been living at the farm for decades.

The villagers were surprised that Gwaradzimba intensified the process of evicting them soon after assuming her ministerial position.