Who is afraid of Hopewell?

Source: Who is afraid of Hopewell? | The Standard 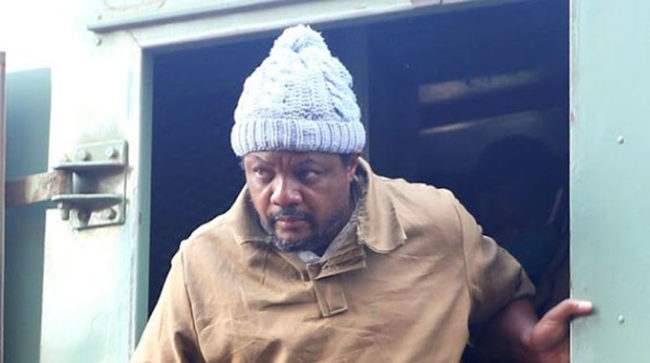 To tell you the truth, I really do not know where to begin. I am flooded by all these messages from Zanu-PF stalwarts, apparently afraid of Hopewell Chin’ono, a Zimbabwe film journalist whose song on Zimbabwean chefs (big men) looters is going viral on social media.

To tell you the truth, I am not afraid of this brother Hopewell.

The issues, however, raised by Zanu PF stalwarts are real, and I will not ignore them. Their best spokesperson on this issue is Dr Mavaza Masimba.

When the US founding fathers wrote the following Amendment One in their constitution, media houses were small and served different voices in different states. “Congress,” Amendment Number  one says, “shall make no law…abridging freedom of speech, or of the press, or the right of the people to assemble, and to petition the government for a redress of their grievances.”

The statement above is very straightforward. It does not exclude a “bunch” of Donald Trump’s supporters who fall into a “basket of deplorable….the racist, sexist, homophobic, xenophobic, Islamophobic . . . you name it.” (Hillary Clinton, September 10, 2016.)

A month later, October 16, the New York Times board of editors met and conspired that from that day on, any news about Trump and his supporters would be treated in a negative way. With their influence, the New York Times formed a cabal with like-minded news media throughout the world to black out Trump news.

Masimba has argued from this, that when the power of the press has been applied to Third World countries, “governments are removed simply because a journalist has been paid to lie about his own country. What we observe is an international conspiracy of pen terrorism.”

I will leave the details for journalism students, but mention only one detail. The power of the journalist to destroy any entity lies in the power to edit. As I speak, the circus of the insane is going on in the US Senate.

Former US president Trump is being accused of inciting an insurrection and attempting to overthrow the US government. In Trump’s speech, even as I am writing, his exhortation to “Now go down to the Capitol peaceably, with love, and demonstrate and make your views known and remember this day forever” is being left out.

Ashley Bobbit, a 14-year US air-force veteran, was perched near a window. The US guard, who shot her has been exonerated from all blame. Oh, how I would love to teach a class in journalism. What part of the deliberation was left out?

Bobbit was shot in the back. She was not armed in any way.

I have been a voice in the wilderness for four years. Now  Dr Masimba (he insists on being called Dr Masimba) has seen the threat the press makes to even the most powerful governments on earth.

The second argument Dr Masimba makes is also correct. Sanctions do have an effect on any economy.

Here is an example. When travelling to Victoria Falls, it was cheaper for us to book our hotels in the US through South Africa. South African agencies take 20% of the money. Generally the effect of sanctions is to depress the value of the money. The Iranian lira was US$1:IL 1 500 before Trump sanctions. It now hovers around IL 3 000. Iranians are hiding their US denominations.

I agree with Dr Masimba there.

Just in passing, Obama was exceptional in his mastery of the US press, which has gone rogue since the impeachment of Bill Clinton in 1994. It would be a brilliant idea before US ambassador Brian Nichols leaves Zimbabwe for journalists to invite him for a farewell party and ask him to address Obama’s mastery of the press.

The issue here, Dr Masimba, is that no modern government can survive for long with some understanding of the new developments in the media and how to handle the social media as well.

Journalists have a nose for news. In Masvingo, my friends have been warned that they should not do stupid things in my presence because the temptation to write them up is very great.

The government of Zimbabwe employs earth-moving companies to bull-doze 500 houses in Budiriro township, destroying life-savings of the occupants. The occupants are Zimbabweans. The season is the middle of the rainy season. Even the Philistines had better sense and compassion towards their fellows than the Zimbabwean government.

Don’t do stupid things and blame them on Hopewell. If I was there, I would write up the Philistine government too. I have no brief from the imperialists and my heart is in Zimbabwe.

I am reading a police report that says 20 000 kombis have been impounded by police. The owners are trying to eke out a meagre living. They are citizens of Zimbabwe. Their investments are ruined.

Are you blaming Hopewell for writing you up?

Another report from Gokwe says the military is going from house-to-house beating up people ,who are not wearing masks.

So, a 19-year-old soldier accuses my grandmother (oh, my mother of the Rain bird) of a crime, decides that punishment is five strokes of a sjambok (rhino hide whip).

Please, my brilliant students would have a feast on such a test. How many roles does the soldier play? He is an investigator, a prosecutor and a judge and God have mercy, he also takes all complaints against his decisions.

There are two incidents where President Emmerson Mnangangwa was absolutely inspirational.

“Fellow Zimbabweans…the time is now to say NO to demigods and people that are self-centred and only think of themselves and their families. Let us now bury our differences and rebuild a new prosperous Zimbabwe, a country that is tolerant to divergent views, a country that respects opinions of others, a country that does not isolate itself from the rest of the world, because one stubborn individual, who believes he is entitled to rule this country until death. “We want a country that gives every citizen the opportunity to prosper, to take care of their families, a country that encourages Zimbabweans to invest in their economy and contribute to the development of infrastructure for future generations.” ( November 2017)