Who will save the poor souls?

Source: Who will save the poor souls? | The Standard 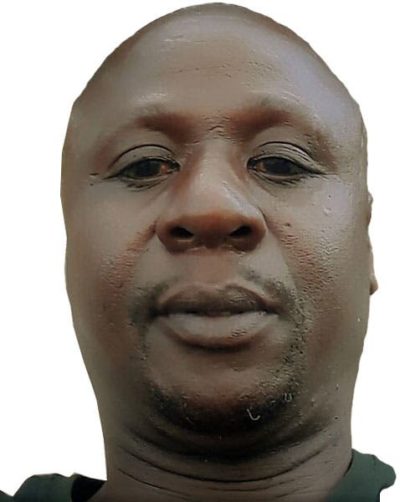 Way too often, the rich and powerful ride carefree over the poor, and knee them down on the way back.

You may hear the shrills of protests from the victims when it all starts, but this dies down with time as the protesters become hoarse, weary and disillusioned. That’s because, burdened with poverty, they lack the capacity to organise, to sustain their protests.

They are too hungry, too poor to keep shouting. And the rich and powerful have the money and influence. You don’t even see them at the scene of the crime. Their all-mighty proxy is money combined with power, mostly political power.

Just yesterday, the world was abuzz with what the very government that is supposed to be the people’s protector tried to kick out thousands of families from Chilonga to make way for a dairy grass project. The Changani people from there can’t claim victory yet, because the beast has merely retreated. Pretty like a pride of lions draws back to the Savanna acacia shade when an angry herd of buffalos disturbs them from a writhing calf.

The list is very long, of course, but you will also remember the people of Dinde in Hwange. The feisty thousands are still fighting to retain their land after a Chinese investor, Beifa, pounced on them for a coal-roasted meal. They are slowly losing the war because some powerful people are getting thick, very thick, brown envelopes. Like other poor communities around the country, they might lose their land of birth, and all the valuables that go with this kind of neo-imperialism.

Just about everyone knows about the sad story of Harare South. This is an area that the ruling Zanu PF has been winning over the decades. It has been winning because it has managed to successfully use the tool of impoverishment to make the people weak, pliant voters.

The ruling party, with the executive aid of the government, has parcelled out plots to landless people during election time. Some have remained, but some have been kicked out after each and every election. The residential areas under this constituency are largely unserviced and most of the people struggle to feed themselves.

Here — in Harare South, just a few hundred metres from the a nearly disused but sprawling graveyard — is a suburb called Southlea Park, never mind the smart whisper in the name. The roads are typically bad and literally impassable during the rainy season.

It’s home to thousands of families, the majority of who are daily hustlers. It’s home, too, to thousands of innocent kids who dart around with so much hope about the future, despite the socio-economic crisis they were born and socialised into, courtesy of habitual misrule by successive Zanu PF governments. And most of these children attend or used to be enrolled at a curiously neat and well-manicured primary school called Southlea Park.

But gross things are happening around this school and the future of those thousands of learners—currently standing at more than 2 400 — is under threat. You see, when the school was being built as new homeowners set up match-box houses in the suburb, the parents contributed money towards the learning centre, which has up to now operated as a community facility. If you estimate, the parents have contributed no less than US$1 million to date, having been forced to surrender some US$150 each in the initial stages, and school levies over the years.

Now, a dusty consortium of land barons called Odar Housing Development Consortium wants the school to itself and is claiming ownership, insisting, too, that the land on which the facility is built belongs to it. Phillip Chiyangwa, a real estate shark, is part of that consortium through his company, Sensene (Pvt) Ltd.

This consortium thing is coming with a wave of other equally nasty developments. Just recently, the government announced that it was withdrawing all its teachers from there because, by the look of a letter that has just surfaced, the school was privatised in 2018.

There is no award for guessing where that letter was all along. Meaning that letters can be post-dated for, otherwise, why would the concerned parties, the school authorities included, not know about it? That aside, the grim reality is that the thousands of pupils are going to stop going to school.

Nearby schools cannot accommodate such a huge number of children under one gulp, not even 10 or 20, as they are already overcrowded. And the privatised school, asking for at least US$500 a term, would be far, far beyond the reach of almost all who will be thrown out.

But then, once the consortium succeeds in taking over the school, it will be slippery slope. The land barons are premising their privatisation of the school mainly on the claim that the land belongs to them. However, the ownership dispute extends, literally, to the whole of Southlea Park as a suburb. Which means that, after tasting the prey’s blood, the barons will extend their territorial war to the whole of the suburb. Meaning that, before they know it, all the thousands of people in Southlea Park will be rendered squatters or, more precisely, homeless.

There is something acutely odd about the ownership of the land in question. Government acquired the land in 2006, after a rabid clean-out campaign, Murambatsvina, to purportedly rid urban areas of informal structures and settlements. And the land was acquired to resettle people who had been driven out by the operation. The courts, in 2010, affirmed this takeover.

Strangely, though, the government ceded the farm to Chiyangwa and others in 2016, during Mugabe’s time. When you talk to Chiyangwa about the status of the land, he avoids sober answers but goes on a fuming stint. What’s clear, though, is that he feels that his money is stuck up in Southlea Park. Which means he believes the land is his.

He could be correct on that, because government entered into a pact with him in 2016. What we don’t know, of course, are the details of the deal that Chiyangwa hammered out with the government, whatever government means here. Was it a clean deal? If it wasn’t, then Chiyangwa is damned either way.

In any case, this is the problem with modern day capitalists. They think, walk, dream and speak dollars only. As if life is about dollar signs only and no humanity. Even if Southlea Park Primary School was built on genuinely Odar land, there are other, more noble things to consider.

Is this not the same thing that Shylock did when he demanded a pound of flesh from Antonio? What about the parents, who have forked out at least US$1 million to build the school? Why is no-one talking about their loss and current plight? What about the innocent children who will be denied an education if the school is privatised? Do people like Chiyangwa wants to see them begging in the streets or slipping into child prostitution like their colleagues in areas like Hopley? Or do these sharks enjoy throwing out crumbs at suffering souls like we often see on social media?

And why is the government colluding with the land barons despite condemning them of late? The Education ministry is mired in a contradiction, for a measure. In one breath, it says it can’t be paying its teachers working at a private institution yet its spokesperson, Taungana Ndoro, is on record saying: “There is no law against paying government teachers at private schools”. Why is the ministry also seeming to be blind and deaf to the fact that Southlea has no other community school, but a rush of bedraggled private schools only?

You don’t get to hear much from the area MP, Tongai Mnangagwa, either. He recently mumbled something about leaving no stone unturned. But, as it appears, he looks like the one who is turning under a heavy boulder. No action, zilch.