Why Africa can’t afford to be distracted 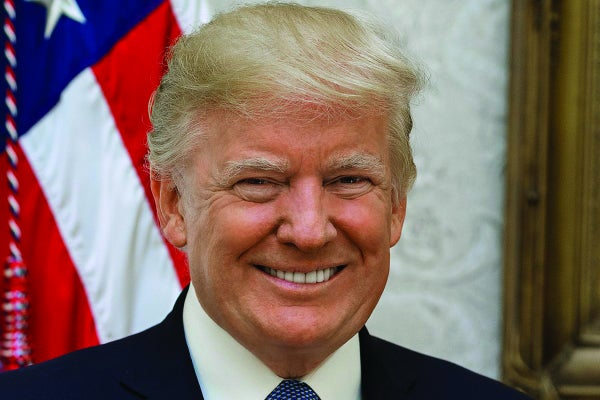 Events of the past week leading up to US President Donald Trump’s impeachment inquiry have reverberated globally for two key reasons. The first is that they threaten to detract from the important work of galvanising global support for multilateralism on issues vital to Africa.

These include climate change and the Sustainable Development Goals. The second is that the events raise important political issues of keen interest among Africa’s democrats. On its own, the international nature of the allegations against Trump would have attracted foreign interest.

But the deluge of revelations got even more attention because it coincided with the opening week of the 74th Session of the UN General Assembly. Scores of foreign leaders were in New York for the event. Of special concern to Africa was that the focus on Trump distracted much needed international attention from the September 23 UN Global Climate Action Summit. The focus was on mobilising greater international support and cooperation. In particular, African countries are dependent on help since they lack adequate resources to mitigate and adapt to global warming.

Africa has already felt the effects of Trump’s climate change denialism. Two years ago he cancelled US support for the Green Climate Fund which led to budget cuts into research and the cancellation of donations to the multilateral environmental fund. Researchers have warned that perhaps the greatest threat presented by the US’s disengagement is that it will demotivate other States from addressing the causes — and effects — of climate change. This would hit poor countries the hardest.

The impeachment process is, for the first time in the history of the US, based on alleged abuse of power by the president in the conduct of the nation’s foreign policy. America’s founders made broad provisions for impeachment in the US Constitution on these grounds. This was informed by their fear that a foreign power might corrupt a US chief executive through bribery or blackmail. A White House summary of a July 25 phone conversation suggests Trump took the lead in trying to extort favours from a vulnerable foreign ally. He promised to invite Ukraine’s President Vlodymyr Zelensky for a State visit if he would help Trump associates get dirt about a leading Democratic candidate in next year’s presidential election. Zelensky, no less than leaders of fragile democratic States in Africa, prizes such recognition to shore up political support domestically and internationally.

A second allegation, still being investigated, is whether Trump’s decision to freeze a Congress-approved military aid package Ukraine urgently needed was again linked to his personal political agenda. African leaders became accustomed to such strings-attached military aid during the Cold War. This also meant that the US turned a blind eye to abuse of power and suppression of opponents as long as a regime was in its sphere of influence.

In this case Trump seems determined to acquire an electoral advantage by illegal means. As some have commented, there are strong parallels with Watergate.

Trump’s world view is consistent with the virulent white ethnic nationalism that seems to arouse his most passionate supporters. It’s what South African President Cyril Rampahosa rightly decries in his country as “Primitive Nationalism.”

Just hours after delivering his UN address, the Speaker of the US House of Representatives Nancy Pelosi, announced that she would soon schedule a vote on Trump’s impeachment. As only a majority vote is required, her party’s full support will guarantee passage.

Her principled justification was that Trump’s own actions crossed a line by directly threatening the institutions of America’s constitutional democracy. These include electoral integrity, separation of powers and rule of law, and minimum standards of transparency and accountability necessary for sustaining democracy. These concerns are universal.
Last week, the Johannesburg-based Electoral Institute for Sustainable Democracy in Africa convened its 14th Annual Symposium for electoral officials, analysts and activists from across the continent. This year’s theme was Electoral Integrity in Africa: Under Imminent Threat?
The symposium’s focus on threats to electoral integrity in Africa was the very issue that tipped wavering members of the US House of Representatives to support Trump’s impeachment. Credible elections don’t, on their own, make a democracy – whether in Africa or America. What matters is if average citizens view them as having integrity. It is this that makes democracy possible.

In 2012 the members of the African Union (AU) ratified the African Charter for Democracy, Elections and Governance. All African governments are obligated to hold periodic national elections. They are also supposed to invite the AU to send impartial observers to verify whether they were conducted fairly. And whether the results reflect a valid majority of eligible voters. The charter allows technical support for all AU electoral missions. Nearly all African nations now conduct regular elections. The integrity of many have been under threat. Two cases that featured in recent deliberations were Zimbabwe and the Democratic Republic of Congo (DRC).

The 2018 election in Zimbabwe masked what was effectively a military coup, an unconstitutional change of government proscribed by the AU, but finessed with an election that was peaceful, but lacked integrity. In the DRC, the electoral process was the most robust, inclusive and transparent since the South Africa-brokered transition to a fragile electoral democracy of 2006. Latest electoral results did install an opposition candidate, but not the one who garnered the most votes. Nigeria is a third, more ambiguous example, with an explosion of social media platforms that both informed and mis-informed voters.

A key takeaway from the symposium was that strategies of electoral manipulation throughout Africa are proliferating and mutating.

Trump’s bad example in the world’s oldest democracy can only comfort autocrats.

No one can predict how Trump’s presidency will end. But the two most likely scenarios could resonate politically across Africa and globally. If Trump is forced out by US Congressional action – or is voted out of office in presidential elections in November 2020 – this could have positive demonstration effects aspiring liberal democracies abroad.

Almost certainly this will also result in America becoming a more reliable and capable partner for interested Africa nations.

However, should Trump survive impeachment and win re-election, this almost certainly will inspire and abet electoral authoritarians across Africa and elsewhere.

John J Stremlau is an honorary professor of international relations, University of the Witwatersrand. He is also a board member of the Electoral Institute for Sustainable Democracy in Africa (EISA).