Why fighting machete gangs is dangerous

Source: Why fighting machete gangs is dangerous – The Standard January 12, 2020 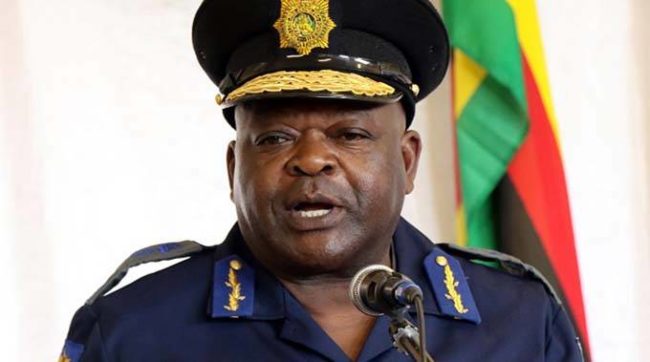 With the way things are panning out, there is a good chance that the Police Commissioner-General, Godwin Matanga, may lose his job. The same goes for the Home Affairs minister Kazembe Kazembe.

And that’s for the simple reason that they are playing a dangerous game: the machete war game. In early December, Kazembe, quite green in the ministry after a mini-cabinet reshuffle, publicly warned politicians — read Zanu PF bigwigs — against the continued sponsoring of illegal panners who mainly use machetes in bludgeoning terror campaigns in the mining sector.

Of course, that wasn’t a bad thing to say. Zimbabwe is gradually slipping into a crisis. The machete militias are killing, raping and robbing at the drop of the hat. And they are doing so with impunity. But that’s because they have powerful patrons in the form of powerful politicians that Kazembe talked about.

Just recently, the militias hacked a police officer to death in Kadoma. That, of course, wasn’t the first time that the machete gangs shown this kind of madness. Last year, they killed a couple of soldiers in Shurugwi. They have killed hundreds of other people across the country, but mainly in the Midlands and Mashonaland West provinces.

Even after Matanga declared war on them for killing a cop and the police have launched an intense clampdown on them, the gangsters are not letting up. Just last week, they hired two kombis — that means at least 40 of them — and raided a police station in Zhombe. Their mission? They wanted to force the release of their colleagues who had been arrested.

Police’s response is right and wrong at the same time. It is right because the police has a constitutional and statutory obligation to ensure law and order, to preserve life and property. It is wrong because it looks like an emotional reaction to the murder of a cop and not a sober and professional discharge of the police’s mandate.

Granted, since the machete wars gained prominence years back, first in the Midlands and then other parts of the country, there have been arrests and even prosecutions of the militias. But the truth is that those interventions were timid and disinterested efforts. Most of the cases involving the machete gangsters were ignored.

And, there, it becomes easy to see why Matanga and Kazembe are playing a dangerous game. These militias have their blessings from very high offices. Jonathan Moyo, a former cabinet minister, tweeted last week in what appears to be a useful contravention of the Official Secrets Act. In the tweet, he claims that ex-VP Phelekezela Mphoko once brought to cabinet, gory images of people who had been hacked to death or grievously injured by the militias in the Midlands provinces, which is where the current president, Emmerson Mnangagwa, hails from. Moyo adds, quite naughtily, that the president, then a VP, his current State Security minister, Owen Ncube, and another cabinet minister and Midlands homeboy, July Moyo, were implicated in the machete wars, without giving detail.

We don’t care that Jonathan Moyo, with willful intent, breached the Official Secrets Act. And we also don’t care that he is eating his own sour grapes for being forced out of the country during a military assisted takeover in late 2017. What’s of material import and extremely worrying is the fact that he is implicating the highest office in the land, as a former cabinet minister who knows quite a lot about what was happening then.

The value of his claim against Mnangagwa et al is in the fact that lots of people have also been whispering things about who the political sponsors of the machete wars are. And those whispers seem to resonate well with what Moyo said in his tweet.

Minister Ncube has done the conspiracy theory. He says it’s his political enemies who are conspiring to tarnish his image by accusing him of sponsoring the Midlands-based militias. Give him the benefit of doubt for saying that. That chap has enough political enemies to fill the Persian Gulf. A bit unfortunate for him.

At least twice late last year, President Mnangagwa spoke publicly against the machete wars and called them a menace. If you are going to consider condemnation as the same thing as expressing your innocence and abhorrence of something, then you can conclude that the president has denied ever being involved in machete wars and hates them. If you are given to trusting him, then you can also conclude that the president is innocent and, therefore is not one of those politicians that Kazembe said were sponsoring the militias.

Yet logic doesn’t always move like that, particularly where people already have certain perceptions. You see, there is no person who speaks as strongly against theft as a thief. Just try to steal from a thief and you will see it. There is a sense in which condemnation is cheap political talk.

But this pessimism aside, one hopes that it’s the president who has, indeed, advised Kazembe and Matanga to take the action that they are taking now, albeit a wee to late. Even then, they need to be careful. Because politicians speak with forked tongues.

In Zimbabwe, it’s hard to be optimistic. Take it or leave it, there are high stakes in the gold panning business where the machete militias are foot soldiers for politicians as Kazembe said. There are mega bucks there. Call them artisanal miners or some other nice names, these militias are helping run a multi-million industry, never mind the fact that this is largely being done illegally. And they are useful political tools too. They help manage their handlers’ political campaigns. The money they produce is also useful in oiling the campaigns.

If there is anything that will get you packing for your rural home or run-down farm, it’s the act of depriving these political cartelists of their dirty money. You do that and you are history. It’s always working like that.

So, while Kazembe doesn’t mention the politicians who are sponsoring the militias by name, the point remains that he is sitting on red embers, together with Matanga. They may, for now, get busy arresting the offending gangsters. But there will come a time when they will touch the raw nerve. It’s not all the marauding militias that are useful to the politicians. Some will be sacrificed on the basis of their uselessness.

But there are sensitive foot soldiers who you can’t and mustn’t touch. And when you do that, you will be stung. When you get them in the cooler, the fawning magistrates and judges will get them out. But you would have done the damage already. That’s how dangerous things are for Matanga and Kazembe.

l Tawanda Majoni is the national coordinator at Information for Development Trust (IDT), a member of the Global Investigative Journalism Network, and can be contacted on tmajoni@idt.org.zw.