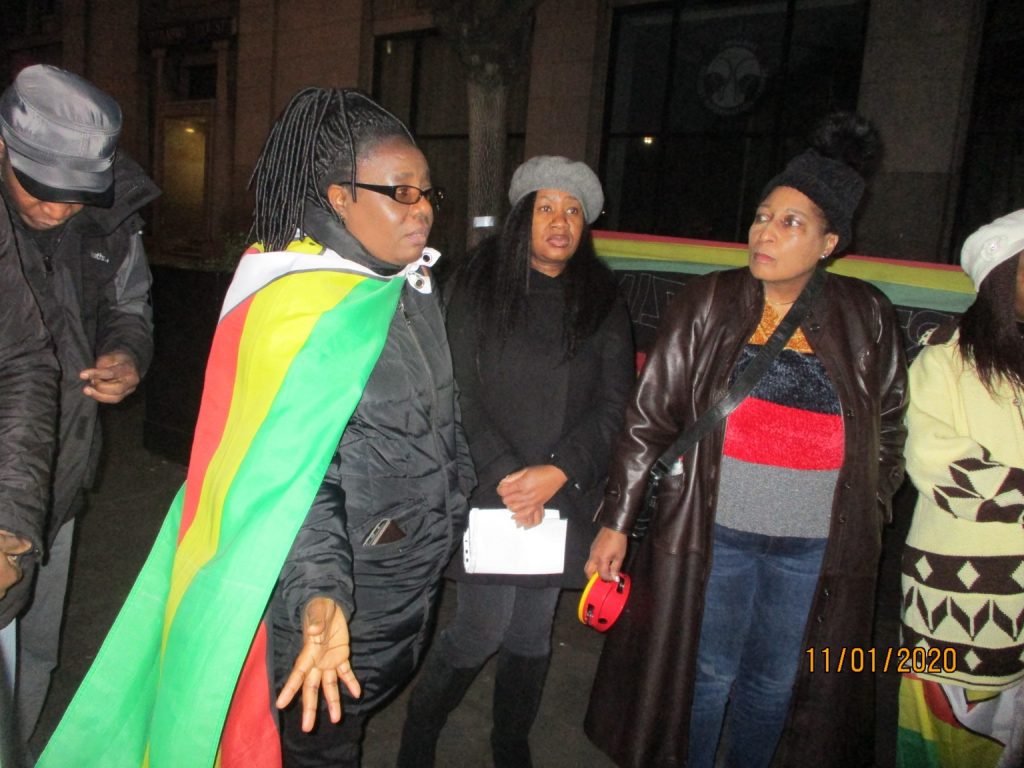 With millions of Zimbabweans facing starvation, hospitals and schools collapsing in the rubble of the economy and civil servants rejecting a 98% pay rise as inadequate, President Mnangagwa is reported to be going ahead with a plan to buy fighter aircraft from Russia in exchange for minerals.

It is not clear what threat the planes are supposed to protect us from. Perhaps it is the Zimbabwe Council of Churches which has warned the government of ‘all out chaos’ if things continue as they are. ‘Instability will grow and the state will need to use heavy repression to quell dissent due to the painful economic experiences’ it predicted. It said dialogue in the country was the only viable option (see: https://www.newzimbabwe.com/churches-warn-of-civil-unrest-if-govt-does-not-address-economic-challenges/).

More likely the arms purchase from Russia reflects the government’s increasing reliance on anti-Western autocratic regimes. This was seen in the recent vote at the United Nations on a resolution seeking to protect Rohingya Muslims from army atrocities in Myanmar (formerly Burma).

Hundreds of thousands of Rohingya had to flee to neighbouring Bangladesh after their villages were burnt down by soldiers, accompanied by rapes and arbitrary arrests, tortures and deaths in detention. Perhaps Zanu PF identified themselves with Myanmar’s military government given President Mnangagwa’s role at the centre of the Gukurahundi genocide. Zimbabwe was one of only nine countries to vote against the resolution, which was passed with an overwhelming majority.

‘Shameful’, said MDC Secretary for Education Fadzayi Mahere. ‘Ours is a government that has no moral or legal difficulty with soldiers killing civilians’. Exiled former minister Jonathan Moyo said: ‘The lie of a new dispensation in Zimbabwe is exposed. Zimbabwe did not vote at the UN with its SADC neighbours, not with its African Union comrades and not with the Commonwealth it is so desperate to rejoin.’ (See: https://www.newzimbabwe.com/politicians-rights-defenders-express-shock-over-zims-support-of-rohingya-muslims-suppression/).

Mnangagwas is now on three weeks’ leave – perhaps it’s so he can spend time on his farm calming down his wife Auxillia, who has fallen out with the Herald’s former acting editor Tichaona Zindoga, who accused her of being publicity-hungry, demanding to be followed everywhere by a dedicated media team from the Herald and the ZBC to report on her do-goodings.

Zindoga, who was fired by the Herald last October, said: ‘It makes one uplifted when you can no longer be associated with such garbage (see: https://www.zimlive.com/2020/01/08/publicity-hungry-auxillia-mnangagwa-branded-herald-editor-snake-in-the-carpet/).

FOR THE RECORD: 32 signed the register.