Why we are Not “Open for Business” 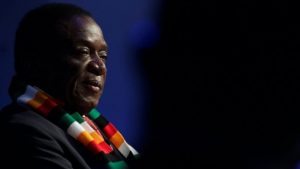 Source: Why we are Not “Open for Business” – The Zimbabwean

If anything could be described as the theme of the new Government that came to power in November last year it is the adage “we are open for business”. This has got a lot of people excited, brought many to our shores to look and see if this is true and engendered the view that this regime is somehow radically different from the “old” regime under Robert Mugabe.

The reality is very different. Not a single significant case of corruption has been initiated since November, the Police road blocks and checks which had become so pervasive under Mugabe have been withdrawn, and that is a great relief, but nothing else has changed. Not even the closure of the road past State House from 6 to 6 at night even though both residences are empty.

The Army may be back in the barracks but believe me their control over most of what is going on in Government has not changed at all, in fact it may be more open and pervasive. We are headed for a “smart election”, not free and fair in the conventional sense but one which will be controlled and directed by the same team that won the 2013 elections. Its outcome is being predicted with total certainty as being a two-horse race with Emmerson Mnangagwa the clear winner, Nelson Chamisa a close second and the also ran’s miles behind.

But I think they will be able to claim after the election that the “people have spoken”. The fact that they had their hands tied behind their backs, were subjected to a constant steam of propaganda and their basic needs delivered on a “command basis” by the military in mufti, will be very difficult to see and the international Community will begin to recognise the new regime once it takes over.

The big question for me is what then? Quo Vadis?

Zimbabwe cannot be “open for business” unless we get our run away budget deficit under control and back to more acceptable levels – say 5 per cent of GDP. That will require reducing the Civil Service by trimming all irregular posts (about 150 000 people), eliminating all ghost workers and making sure everyone who is paid actually has a job and work to do. Unless this happens, inflation will continue to rear its ugly head and destroy value. Investors would be well advised to keep their money out of the country until we have fiscal and monetary stability. Right now, that is not the case.

Zimbabwe cannot be “open for business” until we abandon the policies of the past which have created a Reserve Bank monster that steals money in broad daylight and destroys value with exchange controls and corrupt practices. We need to give the Reserve Bank total freedom from the Government, appoint a Board of Directors and management that knows what they are doing and will play the game according to sound, internationally accepted rules and principles. We must abandon all forms of exchange control, allow the private banks to manage their client’s money in their best interests and leave the assumptions of value to the market.

Zimbabwe cannot be “open for business” unless we resolve the liquidity crisis by curbing the States appetite for consumption on credit and introduce our own currency managed by a Currency Board or some similar institution which will strictly control the printing press and the computer key boards of the Central Bank. Those who are horrified at the very thought of a new currency must simply ask themselves, if Botswana, South Africa, Mozambique and Zambia can do it, why can it not be done here? Of course, it can – IF you follow the rules.

Zimbabwe cannot be “open for business” unless we take the rule of law seriously and imprint on everyone’s mind the principles and values embedded in our Constitution. If the Constitution is the supreme law, then so be it – without exception, and the games that this Government has played with the Constitution – treating it as if it was “just another piece of paper”, must stop. Contracts must be respected, property rights treated as sacrosanct, freedom of association and opinion must be fully respected in every sphere.

We are not “open for business” when the President and the Minister of Mines sign a deal they flag as being a “US$4,2 billion investment in platinum when the land being associated with the deal is already part of a mining right in the balance sheet of another major investor who is already here and has already spent billions. Signing deals with shady people, with a poor record in other countries and are known as people who seek to simply exploit rather than invest, is a dumb thing to do anywhere – but especially here when we are so vulnerable to the Lear Jet brigade.

We are not “open for business” when Gaika Mine, a Canadian investment backed by Chinese money, is invaded in broad daylight by gangs of thugs who proceed to beat up the staff and begin mining illegally, in the process killing two people who were victims of uncontrolled blasting on site. We are not “open for business” when senior army or police officers or Civil Servants – especially those in the most senior posts, invade farms at will and defy instructions to leave these enterprises alone. Abuse of property rights is one and the same for all forms of property – urban or rural, industrial or mining. Until we can guarantee an investor (from anywhere) that if they invest in property for productive purposes, they will be given protection by the State if those rights are placed in jeopardy, we cannot possibly expect anyone, local or foreign to invest in Zimbabwe.

We are not “open for business” when it takes a week to clear a consignment of essential goods at the border, or an official asks “what is in it for me” before he signs off on a license or permit required by law. We are not in business when a young couple who have made Zimbabwe their home, apply for a change of use on a property they have bought for a business venture outside Bulawayo, get nowhere for nearly three years because they will not bribe the officials involved. We are not open for business when an investor takes the plunge, invests and then discovers he has to buy foreign exchange in an illegal market at a massive premium in order to service external obligations essential to the business.

We are not “open for business” when a retailer or wholesale firm is asked to explain why their prices are rising when they must buy import permits from Civil Servants or brief case business persons working for those in authority. When they must buy foreign exchange at a 50 per cent premium to pay external suppliers. When they must pay tax on goods and services before they have received payment themselves or they must now use runners and smugglers to secure supplies because normal channels are closed.

We are “not open for business” when the State takes foreign exchange earnings from exporters, pays them in RTGS dollars at a 40 to 50 per cent discount and then wastes this money, buying 23-year-old Jets for the failed State Airline at a premium, even though they have been grounded for two years and cannot possibly be operated profitably.

Only and until we have dealt with all these issues will we really be “open for business”, until then we should concentrate on cleaning up our act and getting our house in order – then we will all be surprised as to how quickly investors discover what we are – a pearl of great price in Africa.