ECONOMIC TALK: How soon can we expect ‘turnaround’ 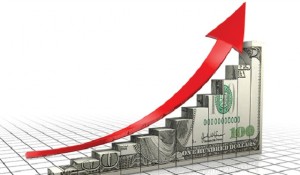 Source: ECONOMIC TALK: How soon can we expect ‘turnaround’ | The Financial Gazette April 26, 2018

Just how soon can we expect the economy to be revived?

By Munyaradzi Mugowo
THE kind of “turnaround” that will satisfy the general Zimbabwean citizenry may be lengthier than expected.

I will defer an analysis of the three dimensions of the turnaround to my next article and restrict my focus here to an assessment of the feasibility of achieving any of the three before elections.
Already, the euphoria that came with the inauguration of a new government in November 2017 has almost completely died out and the number of citizens still holding onto the faith of a fabled economic turnaround is gradually dwindling.

The question on the minds of the general Zimbabwean citizenry is how much longer will they have to wait to see the green shoots of recovery, for they feel they have waited long enough already.
Some already feel betrayed while others are either indifferent or have been induced to think they rushed to talk about a post-crisis economic transition too soon, given the persistence of long-standing challenges.

Naturally, it is always difficult to deal with restive people, let alone a nation which has suffered too many adversities for far too long and subsequently lost all patience and confidence.
Caprices in sentiment and uncertainties about the future are typical in the aftermaths of a protracted and deep crisis lasting two decades, only separated by a cyclical recovery of 2009-2013, which promised plenty, but delivered little.

Just how soon can we expect an end to the present crisis?

A lot depends on the policy options taken; the scope, timing and sequencing of reforms and the political commitment to reform. Given the state of imbalances in the economy, the turnaround required is one that restores economic stabilisation, sustainability and resilience.

As my previous analyses showed, the imbalances are multi-dimensional and interlinked. More critically, the post-Robert Mugabe administration, as a transitional government, has a little over six months to tackle deep-lying economic imbalances arising from 37 years of ruinous policies and economic mismanagement.

To achieve economic stabilisation and take the economy back to stable, sustainable and resilient growth, they will need a much longer period of strategic policy actions and support reforms. Ironically, the electorate wants President Emmerson Mnangagwa (ED) to deliver economic stabilisation first before they can “reward” him with an extended term to do the rest.

ED and his administration are no less clued-up of their dilemma and are battling to strike the delicate balance between reform and political survival, even with full knowledge that some people will be disillusioned in the process. They are also pretty aware that political expedience will in some cases lead to a negation of reforms, some of which are long-awaited.

For instance, they cannot hit it off with retrenchments a few months before an election even if it’s one of the measures required to address long-run fiscal imbalances. Any political miscalculation or mistiming in their pursuit of reform may cost them their political future.

My next paper will prove that the economic stabilisation required in Zimbabwe is not the typical cyclical adjustment seen around the world. The stabilisation package should contain measures to control inflation, eliminate trade and fiscal deficits, curb further growth in public debt, end cash crisis and reduce company closures and job losses.

Government’s dilemma is that stabilisation, sustainability and resilience cannot be pursued independent of each other. More time will be needed to address the imbalances.

At this juncture in the politics of transition, it is somehow imprudent to expect sweeping institutional and structural reforms. It stands only to reason that a government with a short-term mandate cannot be expected to set long-term goals that go far beyond its tenure. That cannot be construed as lack of political will.

Forgiving any self-serving inaction on problematic issues and focusing exclusively on the journey travelled so far, ED’s administration has in just over four months made huge strides in addressing key institutional, structural and policy challenges that the last administration was either unable or unwilling to address in 37 years.

As my next paper will show, many of the measures taken so far have long impact lags lasting 5-10 years in some cases. But for the general citizenry, a patient is healed the day they are discharged from hospital and not on the day medicine is administered. Whether we accept it or not, impact lags are a defining part of policy practice, for measures to counteract the crisis are hosted within a policy context which affects both the outcome and the time taken to bring about the desired effects.

Unfortunately for ED, the general public is interested only in obtrusive success even if quick hits are inconceivable over the near term. Delayed impacts tend to undermine public confidence in his change agenda, which regrettably raises odds against him in the next ballot.

In any economic transition, the issue of essence is not how long recovery will take but whether or not the most optimal reforms have been chosen and sequenced properly. All things considered, what matters in transition economics is the scope, timing and sequencing of reforms; the setting of priorities; the rigour of support reforms and the political will to see the reforms through.

In our case, the direction of policy and reform will become more apparent after elections—in the second half of the year—when an elected government assumes office and sets its plans over a five-year period.
Before setting our expectations or judging what ED and his administration have accomplished so far, it is important to understand the gravity of challenges confronting them and consider the range of options open to them against those they would ordinarily need, things being normal.

Subject to the policy options taken and how supporting reforms are sequenced, the economy can recover as soon as 5-10 years or as lengthy as 10-15 years or never at all.

All depends on how soon government can restore stability and rebuild a sustainable and resilient economy.

Munyaradzi Mugowo is an economist, sociologist, researcher and consultant on mineral economics, industrial policy, development economics and social policy. He is the Managing Consultant of Ziopra Consulting P/L and can be reached at munya.mugowo@gmail.com