Will Zimbabwe Qualify for World Cup 2022? 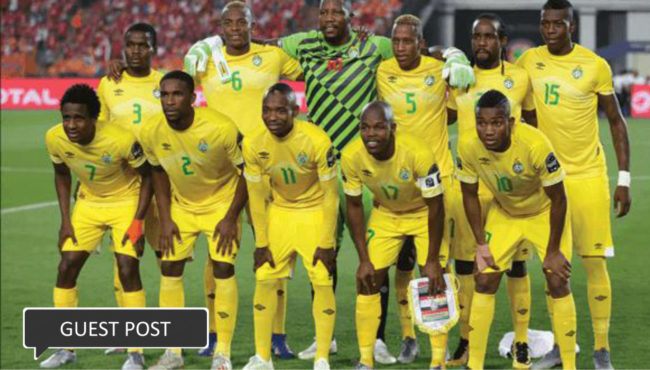 Zimbabwe’s Warriors face an uphill task in their pursuit to qualify for the 2022 FIFA World Cup in Qatar. They have been pooled in Group G alongside previous finalists Ghana and neighbours South Africa, as well as minnows Ethiopia. It is a tough draw by Zimbabwe’s standards, and very few people will fancy Zimbabwe to go all the way. When the draw was made on the night of Tuesday, January 21 in Cairo, all the talk was about Ghana and South Africa advancing to the penultimate phase.

It is an unpredictable sport most of the times, and surprises are always expected. If you like Betway online betting, all the qualifiers will be available for betting from the first match to the last.

The first international break will be on March, when the first round of the qualifiers will take place. This year’ format sees only the top teams in the ten groups available proceed to the final phase. The ten teams will be organized in two-legged affairs, with only five teams qualifying for the Qatar showdown.

Zimbabwe and Ethiopia will be the minnows in the group, with no previous experience in the big stage. Ghana has qualified severally before, therefore they possess the global pedigree that could propel them into the penultimate phase. The Black Stars, as they are popularly known, boast a more travelled squad, with the Ayew brothers still actively playing in England. Jordan Ayew is currently the top scorer for Crystal Palace in the English Premier League, and you can bet on him to be on the scoresheet with Betway when Palace get back to the pitch on Saturday.

South Africa’s Bafana Bafana, on their part, successfully hosted the 2010 edition of the FIFA World Cup which was won by Spain. They do not have as much experience as Ghana in the World Cup, but the sport has improved over the last few years after a bad spell. When South Africa hosted the 1996 Africa Cup of Nations, the country’s football was on the up, but something happened after that, but things look to be back in order.

Ironically, most Zimbabweans play in the ABSA Premier League in South Africa, save for a few names turning out for average European teams. There will be no immediate pressure for the Warriors from the home fans, but at least from the good showing in the 2019 AFCON in Egypt, there is a feeling they can deliver on home matches.

Khama Billiat had a fantastic tournament in Egypt, and he will be one man every Zimbabwean will be looking up to alongside Marvelous Nakamba of Club Brugge in Belgium. As it stands, everything will be left to team manager Sunday Chidzambwa to select a formidable side that can challenge the rest of the teams in Group G.

Ethiopia, who are also Zimbabwe’s opponents for the AFCON 2021 qualifiers, will be the underdogs in the group. Alongside the Warriors, Ethiopia are yet to qualify for the World Cup, but they fall further below Zimbabwe in the FIFA World Rankings index.