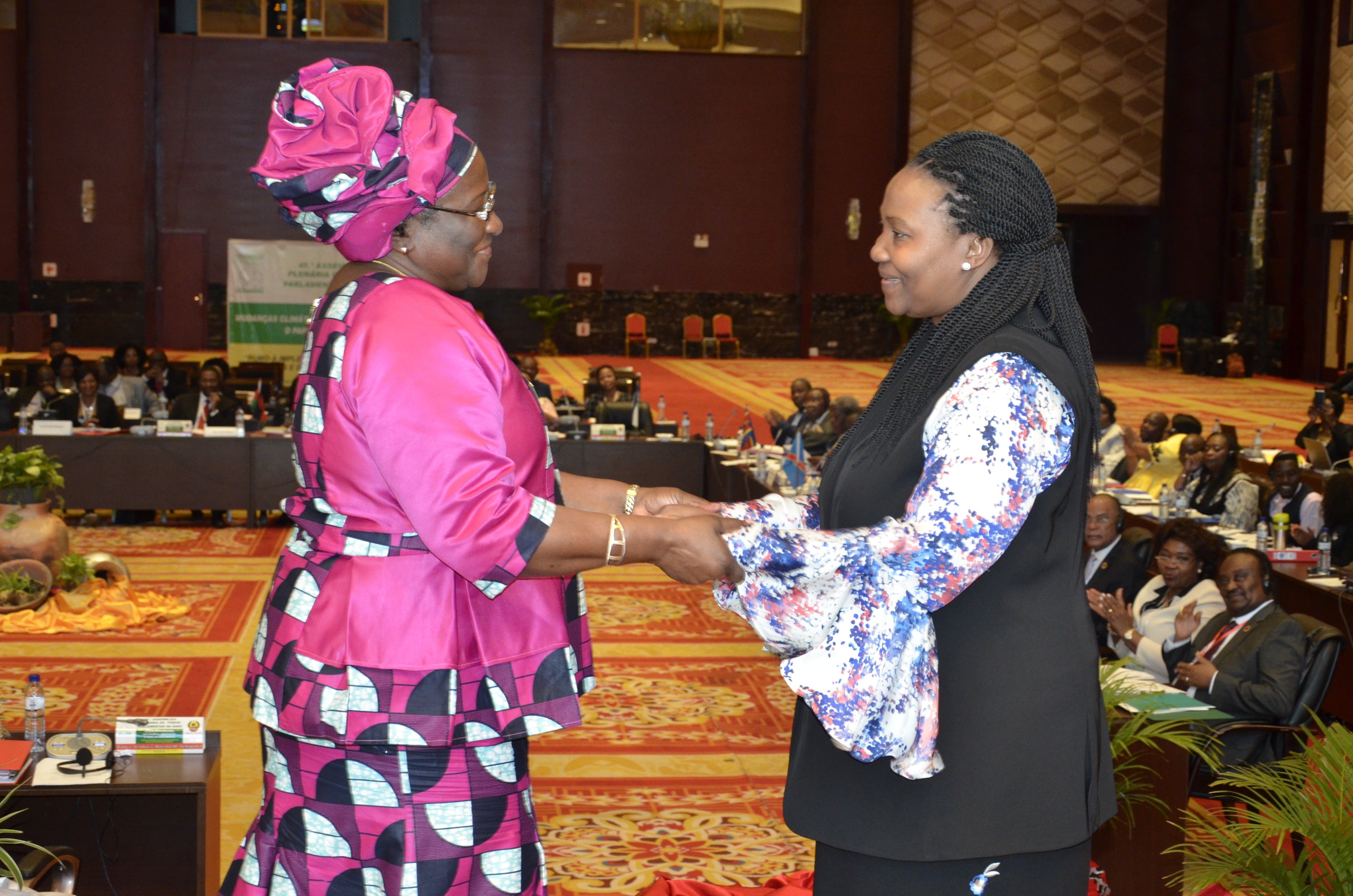 The proverbial glass ceiling went down in smithereens this week when the 45th Plenary Assembly Session of the SADC Parliamentary Forum (SADC PF) appointed Ms. Boemo Mmandu Sekgoma as Secretary General of the regional body for the next five years from July 22, 2019.

Sekgoma is a citizen of Botswana. She becomes the third person and the first woman to lead the SADC PF. She had served as Acting Secretary General for nearly a year following the departure of Zimbabwean national, Dr Esau Chiviya.

The SADC-PF is an Inter-Parliamentary body that brings together 14 Member Parliaments and about 3000 Members of Parliament in the SADC Region. Its work revolves around developmental programmes that include conflict resolution, democratic governance, human rights, HIV and AIDS, gender, and regional integration.

The Plenary is the highest decision-making body of the SADC PF. It announced Sekgoma’s appointment during its ongoing 45th Assembly Session in Maputo, Mozambique.

A results-oriented professional with vast experience in public health, Sekgoma was Director of Programmes at SADC PF superintending over implementation of programmes that
include Democracy Governance and Human Rights; Food Agriculture Natural Resources; Trade, Finance and Investment; Gender and Women’s Development; and SRHR, HIV and AIDS Governance with Member Parliaments while building partnerships.

When she assumed leadership of the SADC PF’s regional SRHR and HIV programme, it had no budget and no staff. She is credited for leading the process of setting up mechanisms for
the programme at regional and national levels and developing a vision that could engage parliamentarians from the SADC countries and attract donor support.

She was a key team member in organizing several regional capacity-building meetings to educate and energize parliamentarians to respond to SRHR, TB, and HIV and AIDS. She
mobilized financial, technical and other resources to develop significant Model legislation on HIV and AIDS and on Eradicating Child Marriages and Protecting Children Already in
Marriage in the SADC Region.

Working as Director of Programmes and SRHR and HIV and AIDS Policy Advisor honed her skills in networking, leading teams to mobilize political leadership on HIV and AIDS in the
SADC Region, strategic planning design, and resource mobilization.

Sekgoma brings on board vast experience on a wide range of issues in governance, engaging with the national parliaments as well as interacting with governments and donors.

In brief, acceptance remarks, Sekgoma thanked the Plenary for the “trust and confidence” placed on her.

“I am determined to continue serving the institutional organs of the Forum, under the wise guidance of the Executive Committee and the Office of the President of SADC PF. In so
doing, I am committed to making the SADC Region a better place through parliamentary development,” she said.

The newly-appointed SG has her work cut out. She assumes the reigns when long-standing calls to transform the SADC PF into a SADC Regional Parliament are intensifying. In August
2018, the issue was tabled at the 38th Summit of Heads of State and Government for the first time ever and accepted in principle.

Accordingly, one of Sekgoma’s top priorities, would be to help SADC PF convince the SADC Summit and Council of Minsters about the role that a SADC Parliament can play towards
development and integration within SADC while adding value to the lives of SADC citizens.

Newer Post
No one is above the law: Zacc
Older Post
SA’s credit risk falls as investors assess Eskom plan