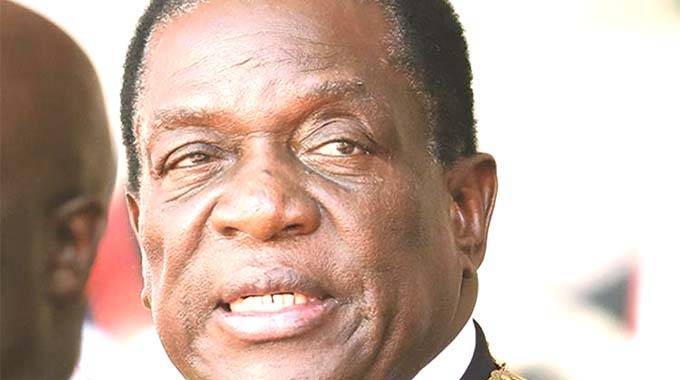 Ruth Butaumocho Gender Editor
A few days after the inauguration of President Mnangagwa, jostling for Cabinet posts has reached fever pitch in some circles, with some politicians already strategically positioning themselves for appointment.

However, no matter the amount of jostling that politicians may want to engage in, analysts are already agitating for a Cabinet made up of technocrats, eager to write a new narrative which will reinvigorate Zimbabwe.

What makes the upcoming Cabinet unique is that it would be driven by economic aspirations of the millions of Zimbabweans eager to witness an economic boon following years of economic malaise, characterised by cash shortages, closure of companies and the spiralling inflation.

Imbued with demands from all corners of the country, the President’s task will not be an easy one, as he is expected to pick highly competent individuals to take the country to another level as part of his new trajectory that business leads politics to arrest the country’s economic spiral.

Naturally, Zimbabweans are pinning their hopes on President Mnangagwa to fulfil some of the promises he made during his campaign.

In addition to reviving the waning economy and job creation, the President promised to reserve some posts in the Cabinet for young competent, fiduciary individuals, while also ensuring gender balance.

Even during his octane rallies, President Mnangagwa enunciated his vision, which hinged on the need to grow the economy, a task which would be driven by visionary men and women determined to rewrite the narrative of this country.

It is against this background that women are standing firmly on the President’s promises to ensure a gender balance by appointing more women than before from the 26 female Members of Parliament who romped to victory in the harmonised elections, while considering equally competent individuals from the five non-constituency Members of Parliament.

There are already calls from civil society, several stakeholders and the generality of Zimbabweans to ensure that women are included in the next Cabinet, having proved that they are competent and up to the task.

In a statement released on Monday, Women in Politics Support Unit (WIPSU) welcomed President Mnangagwa’s commitment to constitutionalism during his inauguration speech on Sunday, drawing his attention to the Constitution which provides that women and men should have equal opportunities in all spheres.

“We welcome the commitment to constitutionalism that the President made at his inauguration and accordingly draw his attention to Section 56 (2) of the Constitution which provides that women and men have the right to equal treatment, including the right to equal opportunities in political, economic, cultural and social spheres.

“Therefore, we strongly urge the President to stand guided by the principle of equality and non-discrimination,” noted WIPSU.

The requests by women for an equal share of positions in President’s Mnangagwa’s yet-to-be-announced Cabinet calls to question the President’s commitment and respect for gender equality.

It is hoped that his commitment to gender equality will erase all under-representation of women in previous Cabinets, a development that resulted in the reduction of female representation, with the last one having been the worst.

In the previous Cabinet, four women made it, namely Cde Oppah Muchinguri-Kashiri as Minister of Environment, Water and Climate, Cde Priscah Mupfumira as Minister of Tourism and Hospitality Industry, Cde Sithembiso Nyoni as Minister of Women Affairs, Gender and Community Development and Labour and Social Welfare Minister Petronella Kagonye.

The agitation by women’s movement to push for gender equality emanates from the fact that women’s representation in Zimbabwe is often trivialised and the female populace often have to prove their existence despite their level of competence written all over, never mind their indisputable numerical significance.

The call for application for gender parity principle should be embraced in totality by the Executive, and does not negate key issues such as expertise and qualifications.

Already, Zimbabwe has in its midst women who have proved to be competent, as attested by the likes of Zimbabwe Electoral Commission chairperson Justice Priscilla Chigumba, who measured up to the task despite the barrage of criticism she faced during and after the harmonised elections.

Only last week, the Constitutional Court (Concourt) lit up to the ingenuity and competence that was shown by three female judges – Judges Lavender Makoni, Elizabeth Gwaunza and Rita Makarau – during the case of MDC-Alliance leader Mr Nelson Chamisa, Cde Mnangagwa and several other respondents cited in the court application.

Endorsing the call for gender parity, human rights and gender activist in her tweet, Ms Nyaradzayi Gumbonzvanda, said the “request for constitutional compliance is not asking for charity. It’s a question of principle. I endorse call by@WipsuZim!

“Surely it is prudent for the Government to walk the talk and implement Section 56 (2) of the Constitution which provides that “women and men have the right to equal treatment, including the right to equal opportunities in political, economic, cultural and social spheres.”

Analysts say the Cabinet considerations should not be about appointments of women to less influential ministries.

The country would need to harness a wealth of ingenuity in its midst by giving competent women a chance to work alongside their counterparts for the betterment of this country.

Despite Zimbabwe’s misgivings on female leadership, gender parity has proved to be a game changer globally, with countries like Bolivia and Rwanda enjoying the benefits of engendered leadership.

Rwanda and Bolivia, the only two countries in the world to meet or exceed 50 percent in governing bodies, are beginning to enjoy the benefits through an increase in women’s participation in economic and political issues.

President Paul Kagame acknowledges that women can contribute more to society when enjoying their full rights.

“Women can deliver more when they are enjoying their full rights. But with men and women working together using their talents to the maximum, the effect is not just additive, it multiplies. All of society benefits. The sum is indeed much greater than the parts,” he said.

President Kagame was speaking in Nouakchott, Mauritania as co-host of the “Women in Power” high-level meeting alongside European Union Commissioner Neven Mimica.

While the progress might be slow in other countries, a cursory glance shows that gender balance is on the rise in governments across the globe for various reasons.

The role of women in decision-making is a key condition for women’s empowerment, in addition to being a basic human right of women to participate in decisions that affect their lives and their future.

Gender parity is also an important aspect of democracy, with some governments actually admitting that the general populace usually consider political institutions to be fair, legitimate and more democratic when they elect women.

With women taking up half the global population, and having also unique issues and experiences that must be sufficiently represented in decision making, it is only prudent for them to be included in governance.